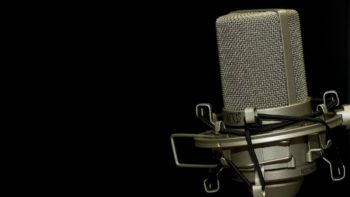 Elizabeth Jensen, the National Public Radio ombudsman, weighed in last month on two interviews that aired over the network– one with Breitbart News senior editor-at-large Joel Pollak and one with white nationalist Richard Spencer. The interviews, Jensen wrote in her column, “prompted several hundred complaints to NPR, most along the lines that NPR was ‘normalizing’ hate speech.”

Of the two interviews, Jensen argued that “the framing…was problematic” in the Pollak interview because it opened with the line “Let’s hear a defense of Steve Bannon,” which affects how listeners perceived it. Jensen also commented that “these interviews should not be done live” because “live interviews are difficult, especially when there is limited time,” and “a little contextualizing never hurts.”

“Going forward, when tackling such deeply serious topics, NPR needs to pay absolute attention that the questions asked are rigorous, the headlines and framing well thought through and the language very clear and precise from the beginning,” Jensen concluded.

iMediaEthics wrote to Jensen to ask exactly which types of interviews shouldn’t be done live — such as, was this limited to conservatives or live interviews? (We note that Breitbart argued that her column called for any conservatives to be tape interviewed and not live interviewed.)  Jensen responded, “I’m going to let the column stand for itself. Since I don’t speak for NPR, I’d also point you to the statement from Mike Oreskes, on the newsroom live interview policy, if you haven’t seen it: n.pr/2gaId5G

Oreskes wrote Nov. 21 that Jensen as ombudsman “does not set the policies of NPR News” but that it is wrong to say “NPR would not be conducting live interviews with conservatives,” as some have interpreted Jensen’s column to say.

“Let me say in no uncertain terms, we would never apply a political litmus test to whether an interview is conducted live,” Oreskes said. “Indeed, our preference is to interview newsmakers live.”

Usually the decision is made to tape because of timing issues, he said.