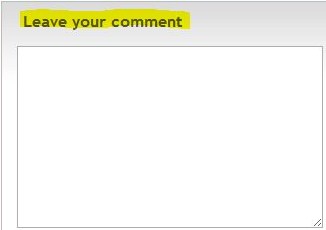 A NY Court ruled that website publishers won't be responsible for defamatory comments if they attempt to create discussion on the comment.

A New York court ruled that website publishers are protected from defamation lawsuits if they “add material to defamatory posts and attempt to elicit greater discussion on the topic,”  Reporters Committee for Freedom of the Press reported.

The ruling was prompted by a defamation lawsuit filed by Ardor Realty Corp. and its owner Christakis Shiamili against The Real Estate Group of New York Inc.  Media Post noted that the two companies are rivals.

The commenter claimed Shiamili “was racist and anti-Semitic.”  The New York Times reported that the website that hosted the blog posts is “now defunct” and that its name was “too scatological to be published here.”

According to RCFP, a Real Estate Group employee made the comment “into a stand-alone blog post” with a headline and a doctored photo showing “Jesus Christ with Shiamili’s face superimposed on the image along with a caption that read ‘Chris Shiamili: King of the Token Jews.'”

Many comments on that blog post were “critical of Shiamili,  including suggestions that Shiamili’s company was in financial trouble, and that he cheated on and abused his wife,” RCFP explained.  Buffalo News added that comments also alleged Shiamili “mistreated agents, failed to pay bills…even referring to one of his agents as ‘his token Jew.'”

Buffalo News reported that Real Estate Group defended the post by explaining the blog was a satirical “bulletin board” and that the comment in question wasn’t written by an employee of the company.

New  York’s Appeals Court ruled that since the site “merely hosted the defamatory material,” Shiamili couldn’t sue the blog operators, according to RCFP.  The federal Communications Decency Act protects “website operators from liability for comments and materials posted to their sites by others. The law is a marked exception to laws governing traditional offline publications, such as newspapers, where the publisher can be held liable for any content within the publication.”

The court ruled that even though the comment was turned into its own post, the Real Estate Group didn’t “become content providers,” RCFP reported. Media Post noted that the judges didn’t disagree that the comments were “unquestionably offensive and obnoxious.”

But, the decision was 4-3, and the dissenting opinion argued that the Real Estate Group did actually actively engage in the defamation, according to RCFP. Also, Media Post noted,  the three judges highlighted that the doctored image and headline were produced by the site and not by the commenter.

According to Media Post, the ruling is the  “first time that New York’s highest court has ruled on the scope of the Communications Decency Act’s immunity provisions. The broad ruling sends an unmistakable signal to trial court judges, that they should promptly dismiss libel cases against Web publishers who have allowed users to post questionable comments.”