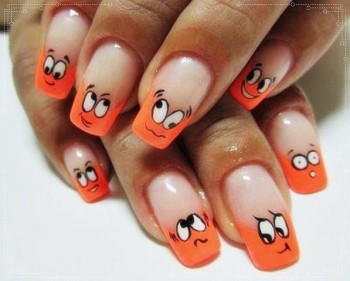 Though months have passed since it was published, the New York Times‘ series on nail salons in New York City is still receiving some criticism.

Times public editor Margaret Sullivan weighed in on the series for the second time Nov. 6. Specifically, Sullivan brought up the employment ads cited in the Times‘ reporting after Jim Epstein raised questions in Reason magazine about the series.

From iMediaEthics’ readings, the criticisms that Sullivan addressed touch on many of the same elements as those the Times received back in July after its reporting was published. Epstein told iMediaEthics that his article expounds upon reporting by Richard Bernstein in the New York Review of Books. “I think I was picking up where he left off” by moving Bernstein’s concerns and the reaction to Bernstein’s article forward.

Likewise, Sullivan’s comments this week mirrored much of her July take on the coverage and resulting criticism. She wrote then that “while the piece may have been overwrought in places, it seemed solid.” This month, she commented that the Times‘ article “went too far in generalizing” about the nail salon industry.

The Times’ reporter, Sarah Maslin Nir, told iMediaEthics by phone, “My story stands and my findings are continually backed up by what the government has independently found through its investigation of thousands of nail salons.”

Back in July, Richard Bernstein, a former Times reporter and current partial owner of two Manhattan day spas, slammed the Times‘ nail salon series in an article for New York Review of Books, as iMediaEthics wrote at the time. One of Bernstein’s complaints focused on the ads cited by the Times, which reported they advertised nail salon jobs for $10 a day. Bernstein said that he and his wife, Zhongmei Li, reviewed months of nail salon ads and didn’t see anything similar, and argued that the Times misrepresented the ads. Bernstein also said that in neither his nor his wife’s experience had they seen what was reported.

The Times responded to Bernstein’s criticisms by issuing a lengthy statement standing by its reporting and the lead reporter, Sarah Maslin Nir, pointing to the more than 100 interviews she conducted for the series over the span of 13 months.

More recently, Reason published its own three-part criticism of the series by Jim Epstein, who wrote: “Not only did Nir’s coverage broadly mischaracterize the nail salon industry, several of the men and women she spoke with say she misquoted or misrepresented them.” Epstein pointed to the effect of Nir’s reporting, with New York government setting up more checks of the nail salon industry. “The rush to legislate based solely on the Times’ shoddy reporting has hurt the industry,” he argued.

So Sullivan spent an hour talking with Times‘ metro editor Wendell Jamieson and project editor Michael Luo about the ongoing complaints. According to Sullivan, the editors are still defending the reporting but acknowledge they could have “done some minor things differently.” Sullivan reported:

“Both editors emphasized that they remain proud of the investigation and believe it is fundamentally solid, though they might have done some minor things differently now that they have had the benefit of hindsight. Giving more acknowledgement to the salons that do it right, emphasizing the ways that these low-paid jobs can help new immigrants get a toehold in their new country and dialing back some of the wording of the employment ads are among those things. I think they are right on all of that.”

Epstein accused the Times of mistranslating an ad to say manicurists/pedicurists were paid $40 a day when he says the ad says the manicures and pedicures cost $40. Epstein reported: “Two of the ads they cite actually say that a mani/pedi costs $40 at the salon, not that a worker would be paid $40. Why include such a detail in a job ad? It implies big tips.” Times editors stood by their translation. The Times‘ reporter Nir also responded to that claim about mistranslating the ad, commenting:

“While I understand the syntax of the original ad may have thrown some people off (and ultimately, provided some with the opportunity to obfuscate), with a little reporting it is easy to find more classified ads by the same person. (Named Zheng Mao or Michael Lin, not Michael Ling as incorrectly reported). These ads clearly indicate – as is standard in classified ads – that they are listing the skills required for the job, and the pay. $40.”

The Times argued that the previous critic, Bernstein, had an agenda in criticizing the reporting as he partially owns two salons. The Times told Sullivan again that the newest critic, Epstein of Reason magazine, also would have an agenda given “they think the magazine, which generally opposes regulation, is reporting from a biased point of view.” Reason is a libertarian magazine.

Sullivan maintained her previous commentary on the articles, saying she thinks the characterization “rife” for the ads was slightly off-base and that the Times gave them “too much credence.”

Sullivan also called for the Times to not drop the subject but continue covering the nail salon industry “not defensively but with an open mind.”

Ultimately, Sullivan didn’t say there were errors in the Times‘ nail salon reporting but she did comment “in places, the two-part investigation went too far in generalizing about an entire industry.” “Its findings, and the language used to express them, should have been dialed back — in some instances substantially.”

I've never understood, why the voices of 125 women I interviewed can be erased by the syntax of one little ad. But now, I guess, they can't.

Epstein told iMediaEthics that he was “happy to see” Sullivan’s take on the matter, noting that it “brought a lot more media attention” to the concerns about the nail salon reporting.
“I thought it could have gone a lot farther,” Epstein added, maintaining his concerns about the translation of the $40 ad. “I thought she could have been tougher,” he commented, noting he wants a full retraction of the article.

Epstein said that instead, “what these small business owners are really guilty of isn’t underpaying their workers, but of failing to keep payroll records — partially at the behest of their employees.” His article said that it’s an “industry norm” to pay workers by the day and that inspectors are skewing the data they are finding because they took the highest estimate of hours workers provided, making the hourly rate seem lower than it really is.  “Nail salons generally don’t keep incomplete records because they’re trying to hide that they’re underpaying their employees,” he wrote. “They keep incomplete records partially as a concession to their employees, who know that if all their income was carefully recorded, they could become ineligible for government benefits.”

There’s a lot of back and forth so here are the links to all the stories if you want to take a look: