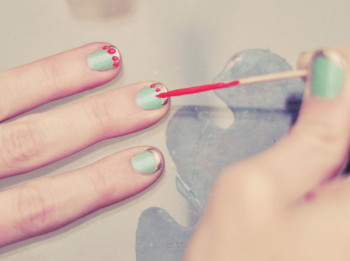 The New York Times is standing by its “Unvarnished” nail salon expose after a former Times journalist accused it of serious problems.

In May of this year, the Times published the stories “The Price of Nice Nails,” and “Perfect Nails, Poisoned Workers” by Sarah Maslin Nir. Her reporting was published in English, Chinese, Korean and Spanish.

Then over the weekend, former Times reporter Richard Bernstein, also the “part owner of two day-spas in Manhattan” that his Chinese wife and sister-in law operate, published a story for the New York Review of Books, “What the ‘Times’ got wrong about Nail Salons.”

The Times is standing by its “Unvarnished” reporting and today issued a “Rebuttal to The NYRB’s Article on NYT Nail Salon Series.”

Bernstein argued that the Times‘ characterization of underpaying or nonpaying jobs with bad work and home environments available to many nail workers “didn’t correspond with what we have experienced over the past twelve years.”

“But far more troubling, as we discovered when we began to look into the story’s claims and check its sources, was the flimsy and sometimes wholly inaccurate information on which those sweeping conclusions were based,” Bernstein claimed.

One issue he raised was with the Times citation of an Asian-language classified ad paying $10 a day for a nail job. Bernstein said he and his wife “read every ad placed by nail salons in the papers cited in the article” beginning in March 2015 but didn’t find the ad.

(After the article was published, The Times tweeted the ad. Bernstein told iMediaEthics that he didn’t think the tweeting of the ad “disproved” his argument because the ad shows that the $10 daily rate is for apprentices and the Times report doesn’t highlight a $75 daily rate for other employees that the ad includes. He argued that not including that “perfectly illustrates the one-sided and misleading use of evidence” he saw in the article.)

In the New York Review of Books, Bernstein argued the $10 daily ad would have been unusual and “not representative.” He reiterated this in his e-mail to iMediaEthics, arguing that the two tweeted ads Nir tweets “does not represent rife, no matter how you look at it.”

He said his wife contacted nail salons and asked how much their jobs pay and found higher paying jobs than the Times indicated.

He said only Sullivan responded to his questions about the ads and she said the Times had checked the ads.

Nir complained that Bernstein never contacted her.  “My biggest criticism is he didn’t call me because I can answer every one of those questions with my 13 months of reportage,” Nir told CNNMoney. “He never called me.”

iMediaEthics asked Bernstein who he contacted at the Times. He wrote:

“I emailed Wendell Jamieson and Dean Baquet several times seeking their response to my argument regarding the classified ads, most recently to Jamieson in mid-June when I told him I was probably going to write an article on the nail salon story.  I never got a reply on the matter of the ads, and Wendell didn’t reply at all to my last email.  Around that same time, I also tried to call Sarah Nir, twice by phone, but she didn’t pick up and her voice mailbox was full.  Since I’d already emailed her boss, Wendell, I didn’t make dogged efforts to reach her, but I did send her a letter addressed to her at the Times, and, strangely, the letter was returned to me a couple  weeks later stamped ‘undeliverable.’  I have the letter and envelope at home in New York.”

iMediaEthics asked the Times about this. Metro editor Wendell Jamieson responded via e-mail:

“It turns out Richard Bernstein did indeed email me about the ads in mid-June and said he was writing a story, although he didn’t say for whom. I admit I did not see the email until yesterday: as you can imagine I get hundreds a day. I doubt I would have responded to his specific questions because I consider him to essentially be a participant in the story, and not so much a journalist, but yes, he did contact me and I’m sorry if I gave the impression he had not. Sarah was not aware of this and now she is.

“To be sure, we had several interactions earlier in which I did my best to respond to all of his questions.”

Bernstein also questioned the Times reporting on some nail workers paying nail salons to get a job and working for free for a period of time. “In our twelve years in this business, we’ve never entered into such a deal, nor have we heard of such a thing.”

Further, Bernstein challenged Nir’s credibility as a reporter covering the story of nail salons since she doesn’t speak Spanish, Chinese or Korean.  He wrote:

“Ms. Nir makes a point of telling readers that among the 115 statewide investigators, only eighteen speak Spanish, eight Chinese, and two Korean—even though these languages are ‘essential tools for questioning immigrant workers to uncover whether they are being exploited.’ But Ms. Nir acknowledges in her interview on the Times website that she speaks none of these languages herself and relied on translators for crucial parts of her story. She seems unaware of the irony in this: she claims to have been able to determine the true general condition of the ‘vast majority’ of salon workers, of whom there are tens of thousands, while 115 state inspectors, at least twenty-eight of whom know the languages that she doesn’t speak and which are predominant in the industry, lack the ‘essential’ linguistic tools.”

Bernstein also complained about the Times‘s decision to highlight one source’s story, an unlicensed nail salon worker Jing Ren, because he questioned “how representative is her story.” “Bernstein didn’t take issue with the contention that some workers are abused; he instead questioned how widespread it is,” the Washington Post noted. “He challenged the Times’ conclusion that there is ‘rampant exploitation’ of ‘a vast majority’ of the tens of thousands of manicurists and other salon workers, and that abuse can be found, as the Times put it, in ‘almost any salon’ in the state.”

In tweets and interviews Nir stood by her work.

i am another woman rendered voiceless by him. He didn't think I — for whom this story was my life for 13 months– was worth contacting.

In #unvarnished I interviewed over 150 workers&owners whose careers encompassed minimum 700 salons. One biased man renders them voiceless?

surprised no one’s unpacked the privilege in article vs #unvarnished. Not a single worker interviewed;male owner “speaks” for all the women

Michael Luo, the deputy metro editor for the New York Times, tweeted in response to the claims in Bernstein’s article, and collected his comments in a Storify post.

“As deputy metro editor and head of the metro desk’s investigations and projects team, I edited the nails series. Bernstein’s article posted on Saturday night, and I felt like certain assertions and factual inaccuracies needed to be addressed right away,” Bernstein wrote, noting a “more formal, detailed response” is forthcoming.

He included a picture of the ad the Times‘s article referenced, which listed a $10 a day payment for apprentice workers at nail salons. He also gave a “rough translation” of the Chinese-language ad, and noted that the Times‘s reporter “confirmed that it was referring to per day” as opposed to per hour or another measure.

And @r_bernstein @nybooks…reason @SarahMaslinNir confirmed w/ workers themselves was to make sure it was not a typo and a real wage.

Luo also noted that Bernstein used “Dept of State inspections of his salon” for data comparison, when the Times used a Freedom of Information request to get data from the Department of Labor.

More confusion by @r_bernstein: he cites Dept of State inspections of his salon. @SarahMaslinNir was citing Dept of Labor. We FOILed data.

Luo also noted that other media coverage of the Times story found similar information as the Times.

The Times‘s  metro editor Wendall Jamieson also tweeted that “we stand 100% behind our reporter” and called Bernstein an “industry partisan.”

Industry partisan attacks nails stories. We stand 100% behind our reporter. Dean Baquet and I will respond to NYRB. http://t.co/Tj1yqyc2Em

Likewise, Times executive editor Dean Baquet told the Washington Post,  “This was a great piece of journalism and Richard [Bernstein] is speaking for the industry. I don’t think he should be treated as a journalist taking down a story on this one.”

Of the characterization of him as an “industry partisan,” Bernstein told iMediaEthics he has been upfront about his business relationship partially owning two salons. “If that makes me a partisan, so be it,” he wrote. “I think what it makes me is knowledgeable about the business – more knowledgeable than anybody at the Times.” Bernstein argued the term is being used as an ad hominem attack.

“In his piece, Mr. Bernstein, a former reporter and book critic for The Times who, with his wife and sister-in-law, owns two day spas in Manhattan, doesn’t so much say Ms. Nir is wrong as that she cannot possibly be right,” the Times wrote. “He says the abuses she discovered have not been part of his experience in the nail salon industry and therefore declares they do not exist. While we believe Mr. Bernstein when he says that he and his family treat their workers well, Ms. Nir and her team of researchers and translators spent 13 months investigating this thriving but troubled industry.”

The Times listed Nir’s work on the investigation, which included interviewing “more than 100 workers” and going to nail salons.

“Some of the most damning findings in the series came in the form of on-the-record comments from the owners of the salons themselves about how their industry works,” the Times wrote, citing an interview with Korean American Nail Salon Association’s president Sangho Lee. who said many nail salon owners don’t pay minimum wage to employees.

The Times stood by its characterization of the nail salon industry, and noted that the report “made clear that not all salon owners mistreat their workers” but “a great many do.”

Concerning the issue of the ad Bernstein raised questions about, the Times said, “Nir and her team came across the ad several times going through Chinese newspapers last spring” citing three dates the ad ran.

The Times countered Bernstein’s claim that he found no ads for nail salons paying less than $70 daily by citing its reporting which “found plenty of examples…paying well below minimum wage” or around $40 daily for a full day’s work. In response to Bernstein’s statement that he hadn’t heard about nail salons hiring people work regular salon job as apprentices for free at  first and sometimes having to pay fees to get that unpaid gig, the Times pointed to his direct quote of an Upper West Side salon owner saying it follows the practice of not paying apprentices and sometimes charging them.

“Mr. Bernstein produced much fine and admirable work during his lengthy tenure at The Times,” the Times commented. “He has many friends here. To his credit, he has been upfront about being part of the salon industry and having a vested financial interest in its health. Still, that doesn’t alter the fact that he has taken on the role of a partisan defender, not a journalist.”

The Times conceded one point Bernstein raised, acknowledging he had “a valid point about certain positives in the industry that could have been amplified.”

Regardless, the Times dismissed his reporting as biased and incorrect. “We are nonetheless disappointed that the New York Review of Books chose to publish what is essentially an example of industry advocacy, not unbiased journalism,” the Times‘ rebuttal ends.