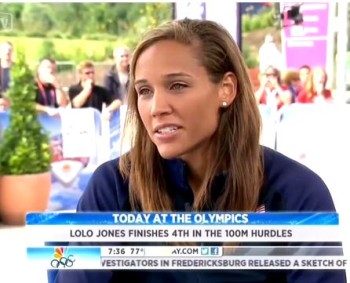 The New York Times public editor Arthur Brisbane argued that despite being an opinion article, the Times’ August 5 article on an Olympic athlete was “particularly harsh, even unnecessarily so.”

The article, “For Lolo Jones, Everything is Image,” focused on American hurdling athlete Lolo Jones and claimed that:

“Jones has received far greater publicity than any other American track and field athlete competing in the London Games. This was based not on achievement but on her exotic beauty and on a sad and cynical marketing campaign. Essentially, Jones has decided she will be whatever anyone wants her to be — vixen, virgin, victim — to draw attention to herself and the many products she endorses.”

Further, the Times article argued Jones is more about promoting herself than “actually achieving Olympics success as a hurdler.”

According to Brisbane, the Times‘ sports editor defended the article as “One person’s harsh is another person’s tough minded,” but Brisbane concluded that ” this piece struck me as quite harsh and left me, along with others, wondering why the tone was so strong.”

Jones weighed in on the coverage as well in an interview with the Today show in which she called the article “heartbreaking,” the New York Post reported.  The Los Angeles Times added that Jones said the Times “should be supporting our U.S. Olympic athletes. And instead they just ripped me to shreds…They didn’t even do the research.”