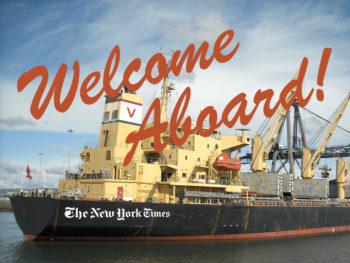 The New York Times announced Liz Spayd will be its sixth public editor effective this summer after Margaret Sullivan left this spring.

“The initial term is two years and it can be renewed,” the Times’ spokesperson Danielle Rhoades Ha told iMediaEthics.

Sullivan, who was the fifth public editor, engaged often with readers about their concerns on social media and posted frequently on the Times’ website.

Looks like @spaydl, the NYT's new public editor, has only tweeted 10 times in the last eight years

The days of the @nytimes public editor holding court on Twitter may be over. Liz Spayd has posted 10 tweets since 2008!

Before her first day on the job, Spayd was justly called out for her lack of a Twitter presence. Senior Fortune writer Mathew Ingram pointed out that Spayd “has only tweeted 10 times in the last eight years.” She did tweet about the public editor job, writing May 18 “Sorry to be leaving my colleagues at CJR but thrilled about my new gig as public editor of the Times. Let the fun begin.”

Sorry to be leaving my colleagues at CJR but thrilled about my new gig as public editor of the Times. Let the fun begin.

iMediaEthics asked the Times if Spayd is expected to continue the social media aspect of the public editor role, which Sullivan effectively started. 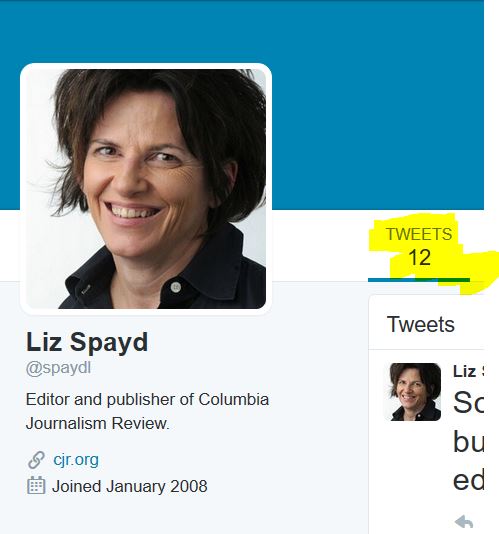 “Ms. Spayd will have the chance to make the role her own and interacting with Times readers on social media is very important component,” the Times told iMediaEthics.

iMediaEthics e-mailed Spayd to learn more about this and will update with any new information.

Spayd was named editor-in-chief of the Columbia Journalism Review in 2013.

iMediaEthics will have more on this in the coming days.