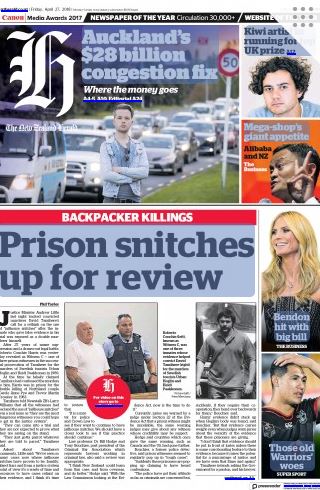 Was it OK for the New Zealand Herald to publish online a photo of naked women protesting sexual assault?

That question was addressed by the New Zealand Media Council this spring.

“Although photographs depicting nudity are rare in mainstream media as the complainant observed, this was an exceptional situation in news reporting and the Media Council believes the means justified the end,” the media council ruled. “The photograph of the two naked women is certainly confronting, but not gratuitous because it accurately portrays an event which took place on a public street, and this publicised a powerful protest about violence against women.” However, the council noted that its decision wasn’t unanimous; one council member was in favor of publishing a cropped photo.

iMediaEthics has written to the Herald for the newspaper’s response to the ruling.

A reader complained over the Herald‘s Feb. 9 photo accompanying a story about two women’s protest of the police investigation of a sexual assault. The women were naked “with tape over their mouths, messages written on their chests, and with a blood-like substance smeared over their bodies,” the media council reported. The reader argued the Herald should have either blurred the photo or used different photos that didn’t show nudity and told the media council he thought the Herald was “looking for an excuse to try this new precedent.”

The Herald stood by the photo, saying the women chose to protest nude in public and any blurring would “sanitise the image.” Further, he noted the Herald put a warning on the story.