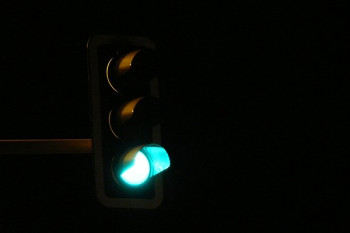 Paris is moving forward with its libel lawsuit against Fox News for its false reports about “no-go zones” in the city.

“The Paris City Council gave the green light Wednesday” to Hidalgo to sue for libel, France’s Le Figaro reported, according to a Google Translate.

“I will not accept insults against our city and its people,” Paris mayor Anne Hidalgo said, according to France’s the Local. “What’s in question here is not fun or… a bad joke, it’s lies.”

She further said, according to France’s Metro News, that she has “received a lot of encouragement from Americans” to pursue her complaint.

“The Council of Paris (the assembly that manages Paris and is composed of elected representatives from all political obedience) has approved the intention to file a complaint against person unknown,” Marie Frankolin, a spokesperson for the mayor of Paris told iMediaEthics. “You can watch the replay here: http://www.paris.fr/politiques/conseil-de-paris-debats-deliberations/conseil-de-paris-revoir-les-debats-en-video/rub_6769_actu_153494_port_24625.”

Fox News said it plans to defend the lawsuit which it called “antithetical to free speech.”

In a statement sent to iMediaEthics by Fox News, Fox News’ outside counsel Hogan Lovells’ Dori Ann Hanswirth, said “The decision by the City of Paris to bring legal proceedings against a United States news organization is antithetical to free speech/”

Hanswirth went on, “FOX News will invoke every protection afforded it under all applicable laws.”

However, despite the lawsuit, the Guardian reported it’s unlikely Paris would be able to get a financial settlement from Fox News if it is successful.

“It appears that Paris would not be able to recoup funds from Fox News in the event of any judgment in its favor, based on a 2010 law that prohibits US courts from enforcing any foreign judgment for defamation except in narrow circumstances,” the Guardian reported.

In reporting after the attacks on French satirical magazine Charlie Hebdo, Fox News said non-Muslims and police don’t go into the alleged “no-go zones” in Paris and other areas of Europe. But, that was false. Fox News aired an on-air correction four times for its inaccurate reporting.

Paris mayor Hidalgo announced her intention to sue Fox News for its “insulted” and “prejudiced” reporting on it last month, as iMediaEthics reported.

When Hidalgo announced her lawsuit plans, Fox News told iMediaEthics  “We empathize with the citizens of France as they go through a healing process and return to everyday life. However, we find the Mayor’s comments regarding a lawsuit misplaced.”

iMediaEthics is writing to the French embassy in the U.S. for comment.