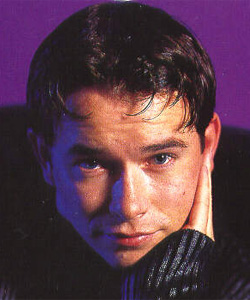 Much like the noisy response iMediaEthics reported over Moir’s piece in the Daily Mail last October, a wealth of commentary has followed the PCC’s decision this week.

As iMediaEthics wrote, Moir’s column spurred a record 25,000 complaints to the PCC, more than the total number of complaints the PCC had received over the past five years combined. In the obituary, Moir speculated negatively about Gately’s homosexuality and implied bad behavior had played a role in his death (which was officially reported to be from natural causes).

The BBC reports, the PCC dismissed the issue, though “the watchdog’s head said aspects of the piece were ‘extremely distasteful’.”

The PCC’s announcement states, “The price of freedom of expression is that commentators and columnists say things with which other people may not agree, may find offensive or may consider to be inappropriate.” In the report PCC Director Stephen Abell comments,

In the end, the Commission, while not shying away from recognising the flaws in the article, has judged that it would not be proportionate to rule against the columnist’s right to offer freely-expressed views about something that was the focus of public attention

According to Jonathan Heawood at the Guardian, “The complaint brought by Gately’s partner, Andrew Cowles, argued that the Mail had breached clause 1 (accuracy); clause 5 (intrusion into grief or shock); and clause 12 (discrimination) of the editors’ code of practice.” The PCC’s response to the complaint on each individual clause can be read here. Bolied down, they argue the piece was not technically inaccurate, the timing was excusable, and the implications about Gatley’s sexuality did not cross “the line.”

Separate complaints to the British police were also dismissed this week, the UK Press Association reports.

Responses both for and against the PCC are reported:

Gary Nunn commenting at the Guardian argues the commission’s decision “licenses homophobia,” and “does nothing at all to increase the little faith lesbian, gay and bisexual people already had in the PCC.”

Jonathan Heawood in his Guardian commentary writes the PCC made a “brave decision.” “The PCC could have appeased public opinion by coming down hard on the Mail,” he says. “But what message would that have sent out across the media? That unpalatable opinions should not be published? That newspapers should simply reflect consensus opinions?”

A UK blogger, “Millenium Dome” points out that the PCC may be sending a problematic message about opinion writing with this decision. They write, “in the PCC’s opinion, ‘facts’ should be confined to the ‘factual’ parts of the newspaper and that once you’re in the ‘comment’ sections anything goes. Should the label ‘opinion’ give writers license to print untrue information?”

According to the Guardian, “Peter Tatchell, the co-founder of gay rights group OutRage!, called for the PCC to be disbanded.”

Tatchell tells the Guardian that Moir’s piece wasn’t just offensive, it was inaccurate, and should have failed the PCC’s “clause 1.”

The Guardian reports he said,

“By failing to uphold its own standards and enforce its own code of practice, the PCC has demonstrated that it is unwilling, unable and unfit to regulate newspapers. We need a new press regulator with principles and teeth.”

“If Jan Moir had made similar comments about a black or Jewish person, and disparaged their race and community, the PCC would have ruled against her.

Ian Dunt at politics.co.uk argues that, however horrible were Moir’s words, the PCC’s decision was necessary to prevent censorship. “It seems plain that the judgement reached by the PCC, that ruling against the piece would represent a ‘slide towards censorship’, is entirely correct and appropriate,” he writes.

Pink News reports: “Stonewall chief executive Ben Summerskill, who is a former Observer journalist, also criticised the PCC today. He told PinkNews.co.uk: ‘Clearly, it’s regrettable that once again the PCC has not ruled on matters of taste and decency.’ ”

Some on Twitter, meanwhile, have questioned the fact that, according to the Guardian, Paul Dacre, the Daily Mail editor, is chairman of the PCC Code of Practice Committee. If Dacre participated in the investigation, his conflict of interest would potentially call into question the fairness of the committee’s decision.

According to the PCC, “The Editors’ Code of Practice Committee has no say in the day-to-day running of the PCC, and membership of the Committee does not overlap with that of the Press Complaints Commission.”

Read Moir’s statement released after the original controversy. Pink News reported that she “refused to apologise and denied her article had been homophobic.”