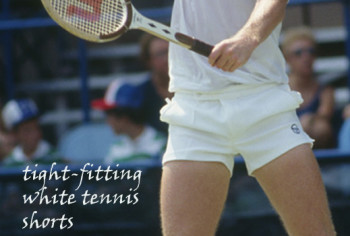 The Guardian paid former News of the World news editor James Weatherup “a four-figure sum” for repeating false claims from a book including that he “bullied staff, behaved inappropriately and wore tight-fitting tennis shorts to work,” the Press Gazette reported.

The claims were first published in Guardian reporter Nick Davies’ book Hack Attack: How the Truth Caught up with Rupert Murdoch, and published by The Guardian as a book excerpt last summer on July 28, 2014.

Weatherup, as a former News of the World staffer, was featured in the book about hacking at Rupert Murdoch’s UK papers. Weatherup pleaded guilty and was sentenced to four months in jail suspended for 12 months plus 200 hours of community service for phone hacking last year as iMediaEthics reported.

According to the Press Gazette, the false claims about Weatherup were removed from later editions of Davies’ book because of Weatherup’s complaints.

What the Book Said about Hacker Weatherup

iMediaEthics has a copy of Davies’ book and read the section that was excerpted by The Guardian.  See below.

The section of the book excerpted and now removed from The Guardian‘s website claimed Weatherup intimidated and yelled at young reporters.

Weatherup “used to like ordering young reporters to go and knock on the door at a particular address, warning them that the man who lived there was notoriously vile-tempered and often physically violent. This was just a trap: the address didn’t exist, and if the reporter claimed to have been there and found nobody in, Weatherup would dump ordure on them,” the book claimed.

Further, the book suggested he seuxally harassed staffers, writing: “He had a well-known tendency, at the first sight of a sunny day, to turn up in the office in tight-fitting white tennis shorts; and an equally well-known tendency to slide up behind the young female reporters and massage their shoulders or even kiss their necks.”

It also described his physical appearance as “tall and slim and with a great deal of preening in front of the mirror.”

Weatherup told the Press Gazette that some of the claims were “laughably inaccurate” or “more sinister.”

“Other material, relating to my conduct at work, was more sinister and it needed to be corrected urgently as it was damaging and affecting my future job prospects,” he added. “I’m pleased that The Guardian have now apologised, paid for a four-figure sum in damages, and my reputation has been fully restored.”

Davies told the Press Gazette, “I’m sorry that a couple of lines about James Weatherup have proved to be wrong. They’ve been corrected. The rest of the book is not affected.”

In addition to the settlement, The Guardian cut the bad information from its published excerpt and appended a note to the bottom of the article reads: “This extract was edited on 12 August 2014 to remove references to James Weatherup which were incorrect and for which we apologise to Mr Weatherup.”

“Following a legal complaint, we have reached a settlement with James Weatherup. We removed some inaccurate descriptions of Mr Weatherup from the article in question and have published an apology in an online footnote, as well as in our corrections and clarifications column.”