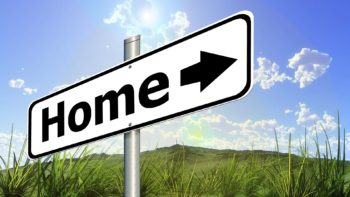 Michael Hirsh, an editor at Politico Magazine, posted the home address of white nationalist Richard B. Spencer on both his Facebook page and on Twitter. As a result, Hirsh resigned from Politico.

In a statement from Politico Editor-in-Chief John Harris and Editor Carrie Budoff Brown sent to iMediaEthics, the magazine said:

“These posts were clearly outside the bounds of acceptable discourse, and POLITICO editors regard them as a serious lapse of newsroom standards. They crossed a line in ways that the publication will not defend, and editors are taking steps to ensure that such a lapse does not occur again.”

“Stop whining about Richard B. Spencer, Nazi, and exercise your rights as decent Americans. Here are his two addresses.”

He also included two addresses for Spencer. Below see a screenshot of the post, via the Daily Caller, which blocked out Spencer’s addresses.

Who is Spencer? The New York Times reported that he is “credited with coining the term alt-right.” Last weekend, he spoke at a conference for the alt-right and the Times reported he “railed against Jews and, with a smile, quoted Nazi propaganda in the original German. America, he said, belonged to white people, whom he called the ‘children of the sun,’ a race of conquerors and creators who had been marginalized but now, in the era of President-elect Donald J. Trump, were ‘awakening to their own identity.'”

According to CNN, Hirsh “resigned on Tuesday afternoon, within hours of posting the addresses.”

Hirsh’s Twitter account no longer exists. The Daily Caller noted that Hirsh deleted the post and had posted in the comments in response to someone, “I wasn’t thinking of a f—king letter, Doug. He lives part of the time next door to me in Arlington. Our grandfathers brought baseball bats to Bund meetings. Want to join me?”