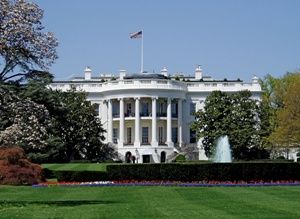 Not long ago, we wrote about an amendment to the proposed federal media shield, a law that would protect journalists from being forced to disclose the identity of an anonymous source. That amendment raised questions about the bill’s protection for journalists publishing their work online or working for a non-traditional news outlet.

As of last week, the bill is facing new challenges — this time from President Obama.

According to the New York Times, after meeting with Attorney General Eric Holder, F.B.I. director Robert S. Mueller III, and Homeland Security Secretary Janet Napolitano, the administration presented Congress with recommended changes to the bill, the Free Flow of Information Act (S. 448), that many are saying will undermine the shield law’s intent.

As formerly written, the law would have required prosecutors to exhaust other avenues for determining the identity of an anonymous source before subpoenaing a reporter. In cases where there was a potential risk to national security, an impartial judge would have weighed the risk of disclosing information against the public’s right to a free flow of information. But if the bill is altered according to the administration’s recommendations, journalists in such cases would not be protected.

As the New York Times explained, these judicial procedures “would not apply to leaks of a matter deemed to cause ‘significant’ harm to national security. Moreover, judges would be instructed to be deferential to executive branch assertions about whether a leak caused or was likely to cause such harm, according to officials familiar with the proposal.”

White House spokesman Ben LaBolt defended the President’s position, according to AP writer Larry Margasak who quoted LaBolt as saying, “Consistent with his support for openness and transparency in government, the president has long believed that the law should protect the confidentiality of reporters’ sources unless there is a significant security risk.”

In an editorial, Kevin Smith, President of the Society of Professional Journalists, condemned the president’s new position on the law, writing “On the campaign trail, then-candidate Barack Obama pledged to support the idea of more protection for journalists and their sources…without the administration’s support, it is unlikely Democratic senators will support the bill, which means it will likely never see the light of day for a full Senate vote. In essence, this reversal may very well kill the bill Obama so heartedly supported a few months ago.”

Similar disappointment has been expressed on editorial pages across the country. The editors at the Evansville Courier and Press in Indiana felt that the revisions would infringe on the public’s right to know and wrote, “…if government prosecutors have compelling information about a leaker, they should be able to prove it to a judge exercising the balancing test.”

A MediaNews editorial published by the Oakland Tribune was firm in its position, stating, “This is an unacceptable course and one that jeopardizes such legislation making it through the Senate.”

An editorial in the Miami Herald called the administration’s “attempts to impede Senate approval” of the shield law “both surprising and utterly disappointing.”

Perhaps the most severe criticism came from the editors of the Tribune-Star in Terre Haute, Indiana, who said that the administration’s recommendations sounded “eerily like its predecessor,” and continued the comparison writing, “When the Bush administration was practicing this kind of unilateral stifling of information, Sen. Obama rightly disapproved. He may now deeply believe that his White House would never abuse such power — and it might not. But we don’t know that anymore than we know what future administrations might do.”