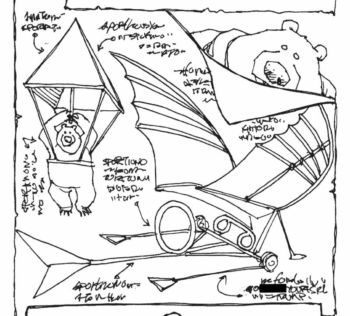 Wiley Miller, the cartoonist who drew the controversial “Non Sequitur” cartoon that included a profanity directed at President Donald Trump, apologized yet again for his cartoon in a March 2 letter to the editor published by the Boulder, Colorado newspaper the Daily Camera.

His apology comes after many newspapers canceled the cartoon strip for its message to Trump to “f**k” himself.

Miller repeated his earlier explanation that he inserted the profanity many weeks in advance in frustration and later forgot to remove it. He added that the controversy was made worse when he then responded to readers who spotted the profanity by indicating it was intentional.

“The correction was forgotten — a mistake, I’m devastated to say, I compounded six weeks later when the strip ran, and the oversight was pointed out by readers,” he wrote. “My first thought was horror, and not apologizing immediately became my second mistake. Support for the epithet began rolling in; a way out suddenly appeared. In a tweet, I hinted that my oversight was intentional, an “Easter egg,” a new misjudgment of shameful proportions — the dumbest and most dumbfounding thing I’ve done in my 67 years on this planet.”

Miller said this is the only problem there has been in nearly 10,000 cartoons over 40 years, apologized and said he wants to “work hard at regaining your trust.”e

The Pittsburgh Post-Gazette wrote in late February it would continue to publish the cartoon strip, noting its readers seemed split about whether to keep the cartoon in, but that in 2016, an online reader poll showed the cartoon was the second most popular cartoon.

iMediaEthics has written to Non Sequitur’s publisher Andrews McNeel syndication to ask the latest numbers of publishers who have dropped the cartoon.