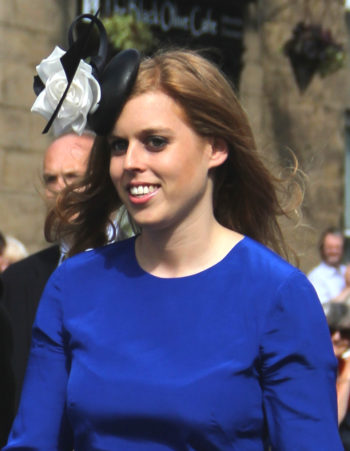 The UK Mail Online invaded Princess Beatrice’s privacy by publishing grainy photos of her in a bikini on vacation in Monaco. The princess, 28,  complained to the UK press regulator the Independent Press Standards Organisation (IPSO) over the photos, which she said was an invasion of privacy. The article has now been unpublished, as a link to it goes to an error page, iMediaEthics notes.

According to IPSO, Princess Beatrice, the daughter of Prince Andrew and Sarah Ferguson, argued she had an expectation of privacy because she was on a private boat, on a private holiday, acting in private.

In addition, “Those on board the boat were not visible to the naked eye from the shore, and the photographs had been taken with a long lens,” IPSO reported she said. “The complainant also expressed concern that the photographs showed her wearing a bikini. She said that the article included comments on her appearance, and her attire. She said that to comment on her appearance was a further intrusion.”

The Mail Online stood by its photos, arguing photos of her in a bathing suit had been published before and it only made one comment about her appearance, which the Mail said was fair game because her mother and personal trainer had commented about her appearance to the press. The Mail also claimed it was OK to take photos of her on her vacation in Monaco because celebrities often take vacations there so they know photographers could be waiting. The Mail said its photographer used a 600 mm lens to take pictures of the boat which was 200 meters away.

IPSO ruled it was invasive because everything the princess was pictured doing — swimming, showering, and relaxing with friends — was clearly private and not part of her public life. Further, IPSO noted that since the pictures were grainy, cropped, and taken with a long lens, it was likely not possible to actually see the princess from land.

“The fact that the photographs had been taken with professional equipment but yet were of low quality, and had been cropped prior to submission by the agency, indicated that they had been taken from a considerable distance,” IPSO explained. “The Committee was not therefore satisfied that the complainant had been identifiable to those on the shore, notwithstanding the fact that it was possible to see the yacht itself with the naked eye, and that there was another boat in the vicinity. The complainant had not been aware that the photographs were being taken.”

IPSO added that it was a “serious intrusion” to comment on her body in a bikini and that there was no justification for the photos of the princess in private.

Princess Beatrice also complained about reader comments, but since the Mail removed the ones that upset the princess after she complained, IPSO said it wouldn’t rule on her complaint about the comments.

The Mail is now required to publish the IPSO ruling on its homepage for 24 hours and keep it on the website. iMediaEthics has written to the Mail for comment.