Does the Public Really Support Laws Requiring a Photo ID to Vote? - iMediaEthics

Does the Public Really Support Laws Requiring a Photo ID to Vote? 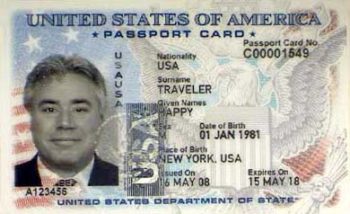 (Credit: US Dept. of State, Wikipedia)

These results are similar to those found in several previous polls, verified by Politifact last year, which concluded the polls “all had similar numbers: between 70% and 80% of voters support requiring a photo ID to vote.”

Still, there is reason to doubt the literal interpretation of these polls.

The main problem is that none of the many polls, about 40 or so since 2006, provides the respondent with an alternative to the photo ID. Instead, virtually all the questions leave open the possibility that without a photo ID, there would be no way to verify that the person is an authorized voter.

Here are the questions in the most recent polls:

Rasmussen: “Should voters be required to show photo identification such as a driver’s license before being allowed to vote?”

Gallup: “In general, do you favor or oppose each of the following election law policies: Requiring all voters to provide photo identification at their voting place in order to vote?”

It’s clear that the top-of-mind reaction of most Americans is that there should be some way to insure that the person who wants to vote is authorized to do so under that name, but that doesn’t mean there has to be a photo ID.

Suppose the question asked: In order to vote, should a person be required to present a photo ID, or could the person present another form of ID?

By examining public opinion in more depth, rather than relying on a single question to measure a complex issue, pollsters would probably find a less unified public than what current polls suggest.

Even if the suggested questions are asked, we need to differentiate between top-of-mind opinion and anchored opinion. Virtually all of the questions that have been asked, including the two by Gallup and Rasmussen, are “forced-choice” (no explicit option to say “unsure” or “don’t know”). This means that people who have not thought about, nor developed an opinion about, the issue are pressured to come up with a top-of-mind response. And the requirement for a photo ID seems reasonable to most people, since most people have one. But that doesn’t mean the respondents, or Americans more generally, have a fixed view that everyone should have one.

It’s important to remember that prior to 2006, no state required a voter to produce a government-issued ID as a condition to voting. It was not a public outcry that led to such requirements. Instead, it was part of a nationwide GOP effort. In 2006, Indiana became the first state to enact a strict photo ID law. Following the 2010 mid-term elections, a wave victory for the Republicans, 34 states introduced bills requiring voters to show a photo ID. In all but one of those states, the GOP had a majority in the legislature.

The movement to require voters to have a photo ID is a top-down undertaking, with superficial polls being used to justify what is otherwise a blatant attempt to suppress selective voter participation. We shouldn’t be fooled into thinking the American public supports that effort, polls or not.

Does the Public Really Support Laws Requiring a Photo ID to Vote?