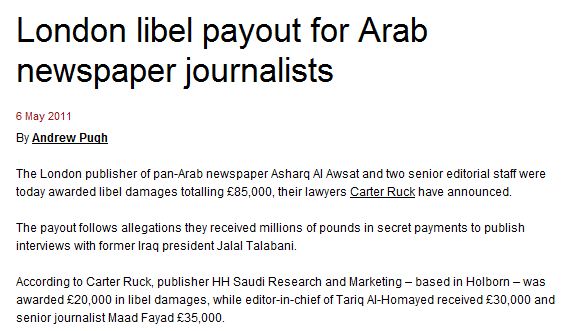 Website publisher Alan Merdini is paying newspaper publisher HH Saudi Research, its editor-in-chief and one of its journalists a total of £85,000 in libel payments, Press Gazette reported.

Merdini claimed in an article published on independent website kurdistanpost.com that one of the Asharq Al Awsat’s journalists was paid $1 million for “publishing interviews” with Iraq president Jalal Talabani and that the newspaper’s publisher also was paid $1 million in the deal.