Q & A with a Founder of Saving Ethical Journalism Blog - iMediaEthics

Q & A with a Founder of Saving Ethical Journalism Blog 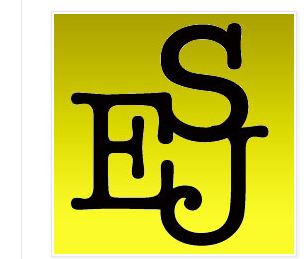 So far, the blog focuses on “plagiarism, aggregation, scraping and content misrepresentation.”  Topics of posts have included “the power/danger of unverified facts”  and the Fairfield Minuteman’s January apology for plagarism (see our story on this incident here).  The two would like to blog at least weekly, according to DesRoches.

We wrote to DesRoches and Gay for more information about why they started the site.  Read below our Q & A with DesRoches about Saving Ethical Journalism:

iMediaEthics:Why did you decide to start the site?

DesRoches: We were completely overwhelmed with all the plagiarism that happens in the modern age, especially within the journalism profession. We both have had work plagiarized by online-only news sources — sometimes with attribution, often without. It is still happening, and more often. As an industry, the media is steadily losing respect and unethical acts such as plagiarism only perpetuate this negative perception. If journalists are to be the watchdogs of American life, what happens when the watchdog steals to get its job done? We are losing trust. As a public service, journalism must maintain its integrity as the fate of the free world relies on open and reliable and accountable information.

iMediaEthics: Is the blog something you will do in your spare time for your own interests, or is it related to your jobs?

DesRoches:  The blog is not connected to our jobs, and we started it independent of our professional work. The two are related, certainly, so we have a vested interest in the subject matter. We would like to keep our jobs, so we’re working to ensure there is a future for journalists who play by the rules and maintain an ethical standard. We work on it in our spare time, which is not as often as we would like.

iMediaEthics: Do you only plan to address plagiarism/attribution/copyright issues, or do you plan to expand your horizons as the blog develops?

DesRoches: Our primary concern is plagiarism and content misrepresentation. However, we are interested in how ethics are giving way to trends, how speed and quantity are usurping quality and depth. Not that one is more important than the other — both have value — but the impact of technology should not take away from the longstanding integrity that shaped the best quality journalism of our past. Moving forward is natural and should be embraced, but the tragic human tendency to repeat history by forgetting history should not befall the one profession that records history. If we know and understand our past — what worked and what didn’t — we have a better chance of maximizing journalism’s future.

iMediaEthics: Will your posts be largely reactionary to plagiarism/attribution incidents?

DesRoches:  Reacting to incidents is part of what we do, but Craig Silverman (Regret the Error) and Jonathan Bailey (Plagiarism Today) do a good job with this already.  We want to be a medium for open discussion. We want to encourage people who have plagiarized to come forward and say why they did it. Conversely, we want people who have been the victim of plagiarism to come forward and tell their story. Beyond that, we want to be a medium for an open and honest discussion about journalism ethics. We want to hear stories about how a journalist handled an ethically ambiguous situation, or how they handled something that challenged their ethical beliefs.

Reporting on plagiarism is important, but it’s not as important as the bigger picture. How has society created an atmosphere that nurtures plagiarism? How does demand affect quality? For us, it’s more important to have an open dialogue about plagiarism and content misrepresentation from a variety of perspectives, rather than being merely reactionary. This discussion is especially interesting in a postmodern era where intellectual property rights are challenged and open source sharing is becoming the norm. To date, we have yet to have any plagiarists or plagiarism victims come forward, but we certainly hope that will soon change.

I’d also like to comment on plagiarism’s effect on ethics. As plagiarism becomes acceptable — as evident in increasing cases and lower penalties and its ubiquity on aggregation websites — ethics take a hit. Plagiarism acceptance has opened the door to other unethical practices, such as writing ad copy and presenting it as editorial, etc. It’s like the Pandora’s Box of unethical acts was opened and now it’s journalism by any means necessary, which scares the crap out of me.

Q & A with a Founder of Saving Ethical Journalism Blog