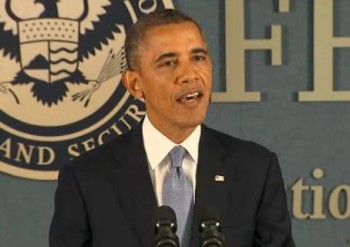 Two new polls suggest Republicans are more likely than President Obama and the Democrats to be blamed by the American people for the government shutdown. But the difference seems relatively modest, as increasing numbers of people are blaming both parties.

A new Pew poll shows Republicans getting more blame than Obama, 38% to 30% – an 8-point difference, up a bit from the 3-point margin Pew reported two weeks earlier.

Those new figures are more comparable to the most recent CBS News poll, reported last week, showing a 9-point margin against Congressional Republicans – but unchanged from what CBS found before the shutdown.

Similar to the Pew poll, a new ABC News/Washington Post poll reports “Republicans Losing Ground vs. Obama in the Shutdown Blame Game.” The ABC/WP poll questions measure whether Americans “approve or disapprove of the way [the groups] are handling negotiations over the federal budget.”

While disapproval of congressional Republicans has risen seven points to 70%, Obama’s disapproval moved up only one point to 51% — suggesting people are much more critical of the GOP than the president.

By contrast, the Republicans in Congress have a net negative rating of 46 points (24% approve, 70% disapprove), up from 37 points in the earlier poll.

And the Democrats in Congress have a net negative rating about half that of their GOP colleagues, 26 points (35% approve, 61% disapprove), up from 22 points in September.

The ABC/WP poll measured whether people felt “strongly” or “somewhat” about their view. The results suggest about four in ten Americans are unengaged on the issue, compared with about half the public two weeks earlier.

The strongly felt figures in the current poll are shown below:

Impact of the Public’s Blame

A major question is whether it will matter politically whether Republicans receive more blame than Democrats. In the 1996 election, following shutdowns in 1995-1996, Republicans retained control of the House and Senate, despite being blamed more than Democrats. Of course, President Clinton was also easily re-elected.

Comparing the results in 1996 may not be especially valid, however. The looming fight over raising the national debt limit – with significant consequences for international markets, combined with the ongoing conflict over the government shutdown, raises this year’s political conflict to a wholly new level. Previous polls are of little use in predicting opinion in this new situation.