Where are the Reviews of Fmr Newsday Reporter Kevin Deutsch's News Stories? - iMediaEthics

Where are the Reviews of Fmr Newsday Reporter Kevin Deutsch’s News Stories? 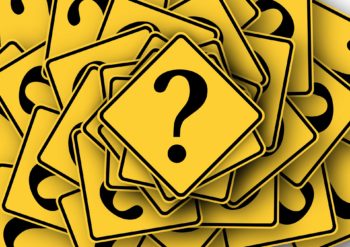 Newsday announced Feb. 16 that it had started a review of Kevin Deutsch’s “work over the four years he worked here, from 2012 to 2016,” and that it would “report on our findings.”

It has been four months since that note. Where is the review?

As iMediaEthics readers know, the review started after the New York Times revealed in late February it couldn’t verify two of Deutsch’s sources from his freelance story the newspaper published in December. Since then, iMediaEthics has been on the case and found a total of 14 sources that don’t check out from approximately 40 of Deutsch’s stories. After conducting public records searches and contacting affiliations listed in Deutsch’s stories, those 14 sources — friends, colleagues and acquaintances to the main subject of Deutsch’s news stories — couldn’t be found.

iMediaEthics asked Newsday this week for an update, but we’re still getting the same statement Newsday has released since April 26. “Our review of Mr. Deutsch’s work is nearing completion.  I’ll have nothing to add until it is complete,” Newsday spokesperson Kim Como told iMediaEthics.  The Newsday website has more than 600 results for Deutsch’s name.

Newsweek also started a review of Deutsch’s work for the magazine on March 2, when spokesperson Mark Lappin told iMediaEthics about the review. Newsweek published three articles with Deutsch’s byline. The status of that review?  Lappin has had no updates yet.

The New York Daily News editor-in-chief Arthur Browne told iMediaEthics on March 1 that it was reviewing Deutsch’s 572 stories for the newspaper.  iMediaEthics hasn’t heard back from Browne since March 6 but we’ve asked again for the status of the review and will update if we learn anything.

iMediaEthics has also written to Deutsch to ask if he is participating in the reviews.

Where are the Reviews of Fmr Newsday Reporter Kevin Deutsch’s News Stories?