Should Documentary Filmmakers be treated like Investigative Journalists? Amazon Crude Documentary footage up for grabs 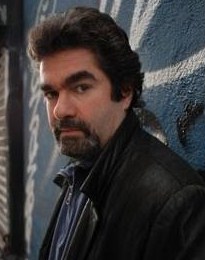 Joe Berlinger, who made the 2009 documentary "Crude," has to turn over some but not all of his outtakes to Chevron. (Credit: IMDB.com)

Are documentary filmmakers in the same camp as investigative journalists?  Should they be protected by the same source protection journalists are afforded in many states?

A recent court case tested the boundaries of journalism and documentary filmmaking.

A federal appeals court ruled July 15 that Joe Berlinger, who made the documentary  “Crude,” has to give at least some of the outtakes from “Crude” to Chevron, The New York Times reported.    Berlinger argued he had journalistic protection, The Wall Street Journal reported.

Chevron wants the footage because it says it’s “crucial to its attempt to fight a lawsuit in Ecuador,” AFP reported July 14.

The three judges who ruled July 15 said that Berlinger has to give Chevron “all footage that does not appear in publicly released versions of ‘Crude’” that depicts the lawyers for the Ecuadorian plaintiffs, private or court-appointed experts or current or former Ecuadorian government officials. Chevron may use this footage “solely for litigation, arbitration, or submission to official bodies, either local or international,” and that Chevron has to reimburse Berlinger for “reasonable expenses of sorting and duplication of footage,” The New York Times reported.

Berlinger had support from a variety of organizations and individuals including Leonardo DiCaprio, Woody Allen, Mikhail Gorbachev, The New York Times, the Associated Press, HBO, the Writer’s Guild of America, the Director’s Guild of America, The Financial Post reported.

In May, a judge said that Berlinger had to give Chevron all of his approximately 600 hours of outtakes, The Financial Post reported.

Filmmaker Robert Redford told CNN Money in a July 14 report that “if Chevron wins this case,” it would be “the biggest turnover of journalistic work in history.”  Redford said filmmakers “are doing some of the best investigative journalism right now, as the line between journalism and entertainment is getting blurred.”

The Financial Post reported that “The case against Chevron is considered the largest environmental class action in the world; damages are estimated at up to $27.3 billion.”

CNN Money reported July 14 that the case is “a somewhat odd rallying cry for the media” because Berlinger didn’t grant confidentiality to his sources.

The New York Times reported that Berlinger would probably not appeal the decision, quoting him as saying “We fought very hard to not worsen the precedent for investigative reporters, and in particular documentary filmmakers. And to appeal this order would risk setting back the hands of time and ending up with a worse result.”

iMediaEthics wrote April 26 when Columbia Journalism Review‘s The Audit analyzed a segment of CBS News’ 60 Minutes segment called “Amazon Crude.” The Audit found that “the segment was an exercise in innuendo,” and didn’t treat Chevron fairly.

Should Documentary Filmmakers be treated like Investigative Journalists? Amazon Crude Documentary footage up for grabs