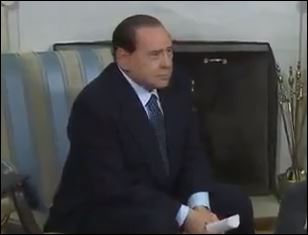 But making the hoax worse is that Panorama is technically owned by Berlusconi because its publisher is Berlusconi’s company. According to Mondo Times, Panorama is an Italian national news magazine. And Berlusconi was banned from “public office for life,” when he was sentenced last month to seven years in jail after a sex scandal, The New York Times reported.

Borowitz’s satire story, published on his blog for the New Yorker, claimed that Berlusconi was considering running for public advocate but perhaps mayor or governor later.  The satire piece included phony quotes attributed to Berlusconi.

Panorama originally reported on the New Yorker satire claims as fact, but later updated its story without a transparent correction to describe the New Yorker post author as “satirical,” according to IB Times, which proved this by pointing to a screenshot of the original story. (See below.)

The original article, according to a screenshot published on Giornalettismo  was titled:

According to Google Translate, that reads:

“Crazy idea, Berlusconi mayor in New York: According to Borowitz Report the former prime minister would be thinking of running for the office of governor or major : << In Italy, if you make a mistake you slam in for seven years, instead NY … >>”

The original article doesn’t appear to refer to Borowitz Report as satirical, instead calling it “famous.” Panorama also tweeted about the story calling it a “crazy idea” and linking to the story Berlusconi was going to run for New York office.

The fake news about Berlusconi, who has been featured in Italian sex scandals, exploits the shock and awe created by two disgraced New York politicians announcing candidacies this summer.  Eliot Spitzer, who resigned as New York governor in 2008 after being caught paying prostitutes, said he is running for city comptroller, and Anthony Weiner, who resigned in 2011 after sending sexually explicit messages to women online, is running for mayor.

iMediaEthics is writing to Panorama seeking a transparent correction and will update with any response.