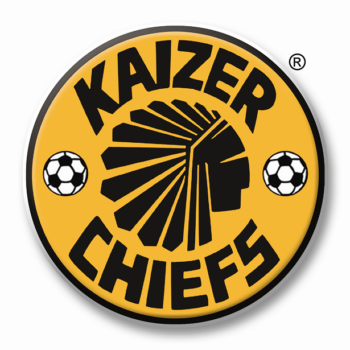 South Africa’s Sunday World was issued the journalism equivalent of a yellow card. That is, the newspaper must apologize to the soccer team Kaizer Chiefs for claiming there was an “acrimonious war” between the team’s marketing director and a football agent and that there was a “bonus rebellion,” “mutiny” and “revolt.”

The South African press ombudsman ordered the apology after receiving a complaint from the team over the Sunday World’s articles from November and December 2017 headlined, “Bitter words over Shabba’s luxury car – Star’s agent and Chiefs’ boss lady in war of words over car sponsorship deal” and “Chiefs staff revolt over Xmas bonuses – Club refuse to hike salaries, pay perks.”

The Sunday World’s editor Mapula Nkosi told iMediaEthics by e-mail, “Sunday World accepts the ombudsmans’ ruling on the Kaizer Chiefs matter.  Where we have have erred it is our responsibility to own up to our mistakes and rectify them. The apology was published on our April 1st edition.”

The Kaizer Chiefs complained that the articles were “untruthful, unfair and unbalanced,” that they were based on anonymous sources, and that the newspaper failed to provide a chance to respond to the claims, according to the press ombudsman’s ruling.

The team claimed that the Sunday World‘s reporting suggested that its marketing director Jessica Motaung was an “unprofessional and unreasonable bully who was high on power.” The team was upset that the claims were based on anonymous sources and the team wasn’t given enough of an opportunity to respond.

The newspaper stood by its reporting, noting the used of the qualifier “allegedly” to indicate its reporting was on allegations, and that its sources had previously given “reliable” information. Further, the paper claimed that it did contact Motaung before publication but never heard back via phone.

The ombudsman noted it has warned about using anonymous sources, writing, “his office has now – in line with the Press Code – said ad nauseam that the use of anonymous sources is a dangerous practice, and that such information should be corroborated or verified.”

With respect to the first article, the ombudsman ruled that the Sunday World‘s actions “falls short of an honest attempt at verifying information” because it didn’t send specific allegations to Motaung before publication, another “one of the primary subjects of the story” weren’t contacted before publication, and there was “no real urgency in publishing the story” to excuse it. The ombudsman ruled against the paper for its “feeble and inadequate” attempts to get comment from main news subjects, and for not reporting “fairly” or with “verification with a primary source.”

With respect to the second article, the ombudsman found that the paper didn’t fact check claims “with a primary source.” As such, the ombudsman ruled that some complaints — like not contacting subjects of articles for comment and reporting fairly — were valid; the ombudsman dismissed complaints about certain words used in the article, like “boss lady.”

iMediaEthics has written to the Kaizer Chiefs to ask if it or Motaung is satisfied with the ruling.