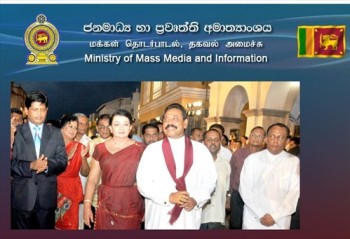 That ministry is creating a registry of all Sri Lankan news sites, we wrote last month.

Ganegala claimed that some Sri Lankan news organizations have published sensational, inaccurate information and that in response “The government is implementing several regulations to protect journalistic ethics and it is the duty of journalists to work with responsibility without bringing their profession into disrepute.”

Ganegala’s calls mirrored that of the ministry in November, when the ministry criticized “dissenting websites” for trying to “discredit the image” of the government and politicians.  The ministry also called for Sri Lankan journalists to abide by journalism ethics. See our story on that here.

As we wrote, five Sri Lankan news sites were reportedly censored in fall 2011.