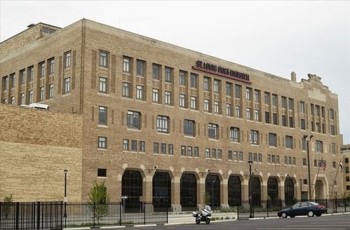 The St. Louis Post-Dispatch won’t allow readers to comment on opinion articles, at least for the next two months, because of “vile and racist comments, shouting and personal attacks.”

Specifically, the move is in response to Ferguson, the St. Louis suburb where 18-year-old Michael Brown was fatally shot in August, the newspaper announced Dec. 7.

“For the next two months, we are turning off the comment function on all editorials, columns and letters in the opinion section,” editorial page editor Tony Messenger wrote. “Why? Ferguson.”

Instead, readers should turn to social media and letters to the editor if they want to complain, discuss or vent about opinion pieces. Messenger wrote, “We believe those venues offer a safer, more civil place to talk about the racial injustice that dominates the Ferguson discussion.” In addition, the newspaper will host “a weekly live chat to discuss the various issues surrounding Ferguson.”

“Reader response has been mixed,” Messenger told iMediaEthics by e-mail. “I would say more positive than negative. Most of the negative response has been of the variety to sort of prove my point, attacking and name calling.”

He explained that “people outside of the editorial page realm” had previously been debating changes to the comment section. “Ferguson was a spark for us because we write so much about race these days that we really want to provide a safe space for people to have difficult conversations without feeling like they are being attacked,” he wrote.

The two-month removal of opinion comments at the Post-Dispatch is a test to see if it improves readers feedback:

“We intend to use our opinion pages to help the St. Louis region have a meaningful discussion about race. So we are going to turn off the comments in the editorial section for a while, and see what we learn from it. (Comment will continue on news articles). Comments might return to the opinion pages. Or we might find that without them, the discussion — through letters, social media conversations and online chats, rises to a higher level.”

Messenger told Poynter that even though the Post-Dispatch is blocking comments for only two months as of now, “I would like them not to return.”