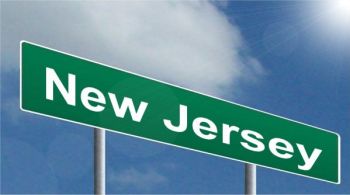 In a statement on its website, the station said “We are aware of the offensive comments made by Dennis and Judi during today’s broadcast. We have taken immediate action and have taken them off the air until further notice. We are investigating the matter and will have further comment shortly.”

Malloy said, “You know the attorney general — I’m never going to know his name. I’m just going to say ‘the guy with the turban,’” to which Franco repeated “Turban Man.”

The digital managing editor for 101.5, Louis Hochman, pointed iMediaEthics to the apology from Malloy and Franco, in which the pair said:

“We offer our sincerest apologies to Attorney General Gurbir Grewal as well as the Sikh and Asian communities for a series of insensitive comments we made on our show. For 21 years, the Dennis and Judi show has been unscripted and free form. We use humor and sarcasm to make a point and add color to the broadcast; in this instance, we were off the mark. It was a mistake we both deeply regret. We respect all cultures and beliefs and are deeply sorry for the pain caused to the Sikh community, our co-workers and our beloved listeners.”

“We take these comments seriously and echo Dennis and Judi’s sincere apology to Attorney General Grewal and his family, as well as the Sikh and Asian communities. Dennis and Judi are known for their plainspoken brand of humor, but in this case, the language used was clearly demeaning and inappropriate. New Jersey is a state that is rich in diversity, and our radio station has served as the people’s voice for nearly 30 years. With Dennis and Judi’s help, we will use this incident as a learning moment to further a dialogue of inclusiveness for all residents of our great state.”