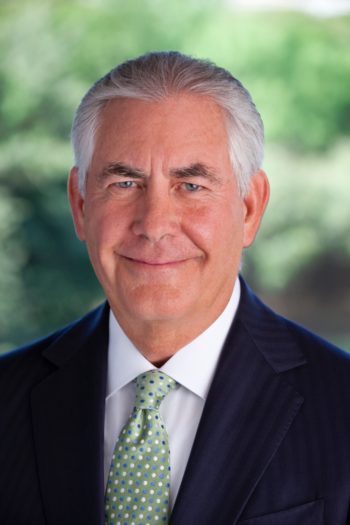 It’s not every day that you see a reporter for a major news outlet dispute a competitor.

However, in a series of tweets, the Associated Press’s diplomatic writer Matt Lee challenged a detail in the Washington Post‘s March 30 article about Secretary of State Rex Tillerson.

Not only does Lee dispute the claim, The State Department also denies the claim and called for a retraction, but the Washington Post stands by its reporting.

The claim? That some members of the State Department were told not to make eye contact with Tillerson.

“Many career diplomats say they still have not met him, and some have been instructed not to speak to him directly — or even make eye contact,” the Post‘s article by Anne Gearan and Carol Morello reported.

iMediaEthics has written to the Post to ask if it has any response to the State Department’s retraction request. As of yet, the Post has not responded to iMediaEthics’ question about the retraction.

The AP’s Lee tweeted it was “not true.” Lee acknowledged the claim was “compelling gossip” and that he wasn’t “disputing the entire story” but just the eye contact aspect. “I have looked him in the eyes and not turned to stone,” Lee joked.

But Lee pointed to his nearly 20 years of experience covering the State Department and noted that he “was told of this allegation – weeks ago – and checked it out” but turned up nothing.

iMediaEthics asked the Post’s reporters for a response to Lee’s tweets and was directed to Washington Post PR for the following statement.

“We stand by our report,” managing editor Cameron Barr said in a statement sent to iMediaEthics. “Multiple sources told us that staffers were instructed not to directly address or make eye contact with Secretary Tillerson while on trips. We made the secretary’s office aware of our intention to publish this reporting in seeking comment for the story. The detail about eye contact was not challenged.”

That statement was also published in the Hill March 31.

However, an April 2 statement sent to iMediaEthics from a State Department official said it did dispute the claim and requested a retraction. iMediaEthics asked when the department requested the retraction, but the official declined further comment.

“We disputed the accuracy of the claims before the Washington Post went to print. The WP went ahead and reported inaccurate claims. The Department of State requested a retraction. The WP has since stated they stand by their reporting.

“We maintain the story is inaccurate and the WP is misleading their readers.”

This is not true and people repeating it are making it more difficult to address very real issues. https://t.co/ztEm3mAXd6

Not disputing the entire story. There are issues. But "no eye contact" is not one of them…

There are a lot of issues to deal with, but "eye contact" is not one of them as attention getting as it may be.

I would suggest to you that I was told of this allegation – weeks ago – and checked it out.

It's compelling gossip. I have looked him in the eyes and not turned to stone. At least not yet…