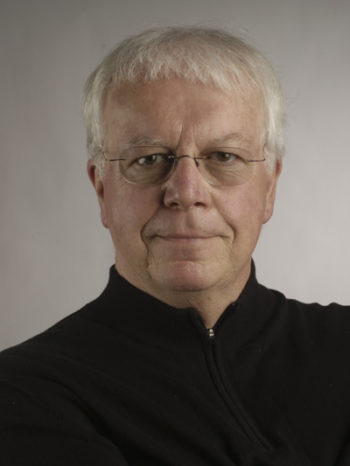 Charles Madigan, longtime writer and editor for The Chicago Tribune claimed recently to have invented a new word: info-pimp. “I just invented that word. I like the sound of it,” he wrote in his trademark staccato prose.

Like a brute with a new rhetorical club, the 28-year Tribune vet proceeded to pummel the daylights out of bloggers and unsavory journalists who peddle bad information. “People who pick up questionable things and present them as real are info-pimps,” wrote Madigan. “It conjures images of parasites, laptops in place, typing up a storm and then putting it out on the street, where the gullible, thinking it’s the real deal, just gobble it up.”

ASRL intern Sid Johnston quickly unearthed a significant irony in Madigan’s story. While extolling the rigorous fact checking of the Tribune, Madigan had neglected to check his own facts. Johnston quickly discovered “info-pimp” had been in common usage since the late 1990’s.

To claim invention of an obscure but already-in-existence word seems a minor offense. But it’s not a small thing when you’re using that word as a weapon to slaughter your enemies and, simultaneously, as a pedestal to prop up the Tribune’s impeccable fact-checking department.

And it all may have gone under the radar if we had not called him.

During our brief initial conversation, Madigan said he didn’t know the word had already been invented and was in circulation among certain, “underground” (quotes mine) circles. Nor did he know about the unkind remarks accumulating about his column in the blogosphere. “I was not trying to mislead anyone,” he said. “But the word was new to me.”

A letter to Jim Romenesko on Poynter.org titled “Info-pimp has been around” mentioned a blogger called Happyslave who used the term a year ago in a harsh critique of television news.

Our own Internet scouring turned up numerous info-pimp references, the oldest dating back to 1997 by Wired writer, Tom Claburn. About the Madigan info-pimp flap, Claburn, who is now editor-at-large for informationweek.com, joked, “Perhaps we both should be chastised for impugning the character of pimps.” He also gave this more measured reflection, “We all make mistakes. I hope he does the right thing and offers a correction.” (On his blog, Claburn mentions our query and then likens media ethics work to police internal affairs and, curiously, the Spanish Inqusition.)

The following Tuesday, Charles Madigan did something both highly unusual and admirable. In response to our phone call, he offered a lengthy retraction and apology in a follow-up column titled “Info-pimping older than any of us caught.” (He also confirmed by email that we, indeed, were the “blogger” he mentions in his article that “drew [his] attention to the problem.”)

Whether the apology came out of a genuine feeling of remorse, or a desire to scoop us on damage control grounds is unclear. Signs, however, point to damage control. To my question about whether the incident changed the way he saw the relationship between newspapers and the blogosphere, or his approach to his column, he replied by email: “no. i made a mistake. i didn’t google the word. it’s a learning process.”

In another conversation, Madigan told us that journalism and commentary have different functions and inherently different verfication standards.  “If you are writing an opinion column you are in different territory than a news story,” he said. That seems a dangerously cavalier approach. A simple Internet search by the Trib’s fact checking department would have quickly revealed that this rhetorical ingot was not forged in the smithy of Charles Madigan’s soul.

It would also have spared him and the Tribune embarrassment.

Madigan also offers one particularly searing critique of the media-at-large: “Hubris really is our worst media sin in many ways,” he wrote.

Perhaps, then, newspapers like the Chicago Tribune should humbly and sincerely reexamine the role of bloggers in the changing climate of journalism. A careful look might reveal they are vital, not antithetical, to the evolution of a new and more inclusive kind of journalism. At the very least, they are the ones still buying the papers or logging in to news sites. Bloggers are the readers. And they want to believe what they read.