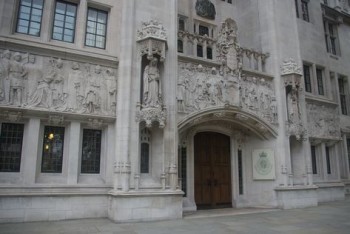 Karin Ward, a woman who accused comedian Freddie Starr of groping her in the 1970s, won’t be sued for libel over interviews she gave the media.

Starr denied Ward’s groping claims, saying he “certainly wouldn’t do that.” He also denied her claims he had “wandering hands” and smelled like alcohol, as iMediaEthics wrote, claiming he didn’t cheat on his wife at the time and didn’t drink.

Starr filed a libel lawsuit against Ward over her interviews with the BBC and ITV, as iMediaEthics previously reported. UK judge Justice Nicol dismissed Starr’s lawsuit July 10 “because it was outside the limitation period.”

Further, Nicol said that Ward’s comments weren’t libelous “because her words were true,” the Guardian reported. “She has proved that it was true that he groped her – an underage schoolgirl – and humiliated her by calling her a ‘titless wonder,'” Nicol ruled.

Starr wasn’t charged over Ward’s claims because of “insufficient evidence.”

BBC said it wasn’t going to broadcast the Newsnight program she interviewed for, but it did use the footage in another report. Ward didn’t name Starr to the BBC either, she said.

“Ward said she was convinced the BBC would never air it and, as she felt she would not survive the cancer, did not think she was exposing herself to a great risk,” the Guardian reported.

Ward also was sued for her comments in her eBook memoir but Starr couldn’t “prove it was still available after [October 2012] so that claim failed,” the Press Gazette added. Her eBook didn’t name Starr but referred to him by his initials. That eBook is how the BBC found her and sought an interview, according to the Guardian.

“I am not prepared to apologise to the claimant or retract what I have said, because I have told the truth about him,” Ward said in court about Starr, according to the Press Gazette.

After having the lawsuit by Starr thrown out, Ward said, according to the Press Gazette:

“For anyone who hasn’t yet dared to come forward, I say: do not take this case as a reason not to do so. Stand tall, it wasn’t your fault, and you have a right to be heard without fear or threat of not being believed.

“You may have had no voice and no choice when you were younger, but now you do. Don’t give in to bullies.”

Ward’s solicitor Helen Morris criticized the BBC and ITV for not helping Ward more with her case saying, according to the Guardian:  “I have never come across a case where a source had been abandoned by a publisher or broadcaster to defend a legal case on their own.

“It is particularly egregious for the BBC and ITV/ITN to have done so when Karin Ward put her head above the parapet to speak out about Savile,” she added.

The BBC told iMediaEthics in a statement that:

“We note that Mr Starr himself brought the allegations into the public domain and sued Ms Ward over various publications including several reports by ITV naming Mr Starr and online material by Ms Ward which were made before BBC Panorama in October 2012. As a contributor to BBC output, the BBC offered to help Ms Ward with a contribution to her legal costs before the trial and remains willing to discuss a fair contribution to her costs, if these cannot be recovered from Mr Starr as ordered by the court.”

Starr has to pay both his and Ward’s legal costs, the Guardian noted.

iMediaEthics has written to the lawyers for Ward and Starr and the ITV for comment.