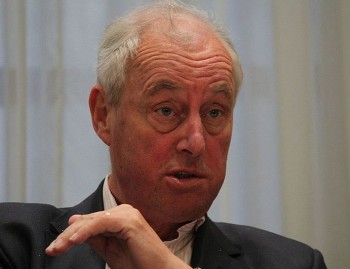 The UK Sunday Times is being sued for libel over an undercover investigation claiming former politician Tim Yeo was “behaved scandalously” and was “willing to abuse his position in Parliament to further his own financial and business interests in preference to the public interest.”

Two Sunday Times reporters, Heidi Blake and Jonathan Calvert “posed as representatives of a Far East solar energy company” to meet with Yeo, then a Parliament member, to report the June 9 article according to the pre-trial review by Justice Warby.

“THE Tory MP in charge of scrutinising new energy laws has been caught boasting about how he can use his leadership of a powerful Commons committee to push his private business interests.

“Tim Yeo told undercover reporters — posing as representatives of a firm offering to hire him — that he was close to “really all the key players in the UK in government” and could introduce them to “almost everyone you needed to get hold of in this country”.

“He said he could not speak out for them publicly in the Commons because “people will say he’s saying this because of his commercial interest”. But he assured them: “What I say to people in private is another matter altogether.”

The Sunday Times defended the article as “true,” “fair comment” and “responsible journalism on matters of public interest.”

” The central factual allegations I identified were to the effect that Mr Yeo was prepared to and had offered to act in a way that was in breach of the Code of Conduct of the House of Commons, by acting as a paid Parliamentary advocate,” Justice Warby wrote.

In addition, Yeo is suing over a June 23, 2013 article, which “was not about Mr. Yeo,” the judge noted in his review. “It focused on a separate alleged Parliamentary scandal.” But, it included a sentence saying “Three lords and a select committee chairman are being investigated by the parliamentary authorities after The Sunday Times revealed that they were selling themselves as parliamentary advocates for paying clients.”

Justice Warby argued that it wouldn’t be “fanciful” to assume that readers would conclude he was the chairman referenced given newspaper reader loyalty, the prominence of news stories, and the short amount of time between the two articles.

The trial begins in October.

Both the Sunday Times nor Yeo’s lawyer declined to comment given the case is ongoing.