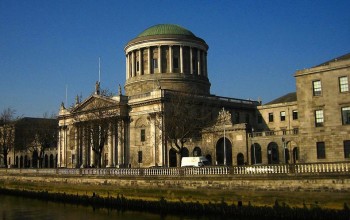 Ireland’s Sunday World dodged a record-setting €900,000 libel bill seven years after the newspaper was ordered to pay a man named Martin McDonagh for calling him a “Traveller drug king” more than 15 years ago.

The article in question, headlined “Traveller drug king,” was published in 1999. “It was published midway through his seven-day detention for questioning in connection with a major drug seizure at Tubbercurry, Co Sligo,” the Irish Times reported, noting McDonagh still denies the claims and wasn’t charged.

In 2008, the World was found to have libeled McDonagh and told to pay the €900,000, of which it paid 10%.  “The award is the highest in the history of the State for a defamation action and dwarfs [2007]’s previous libel record of some €750,000 that was handed down to billionaire tycoon Denis O’Brien,” the Irish Independent reported at the time of the ruling.

The appeals court ruled that the Sunday World‘s claim that McDonagh is a drug dealer is accurate and called for a re-trial over his lawsuit over the World‘s claim he was a loan shark, the Irish Times reported.

“Viewed objectively, the evidence overwhelmingly pointed to the conclusion the plaintiff (McDonagh) was, indeed, a drug dealer associated with the drugs seizure in Tubercurry,” Justice Hogan said, according to the Times.

After the ruling, the Sunday World‘s editor Colm MacGinty said in part, according to RTE:

“The court’s finding that a verdict which was handed down by a jury almost seven and a half years ago, was, in essence, perverse, highlights the entirely unsatisfactory system of dealing with claims involving the press and media.

“The court recognised that the Sunday World, as with any newspaper, had and has a constitutional right to publish the information that Martin McDonagh was a drug dealer.”

MacGinty also described Ireland’s defamation laws as “outdated, overly complex and among the harshest in Europe,” and called for libel reform.

iMediaEthics wrote to the Sunday World and received no response. McDonagh’s lawyer told iMediaEthics by e-mail he couldn’t comment.