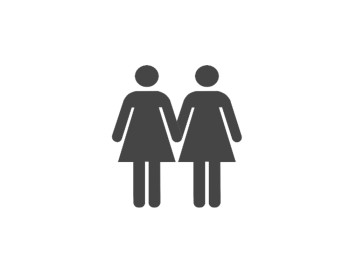 Last month, the Sydney Morning Herald apologized for its reporting nearly 40 years ago on gay rights protesters, which included outing people who participated in a June 24, 1978 pro-equality march.

“On the eve of the historic NSW government apology to Mardi Gras founders the “78ers”, The Sydney Morning Herald has underlined its acknowledgment that discrimination towards gay rights protesters at the hands of police, government and media in 1978 was wrong and unjust,” the Herald admitted.

“More than 500 activists” marched in 1978 “to call for an end to criminalisation of homosexual acts and discrimination against homosexuals,” according to the Herald, which noted in the following days the paper and its sister publications “publicly outed 53 people involved in the pro-equality march, publishing their names, addresses and occupations in the newspaper” and named 104 people charged related to the march.

“The group, known as the 78ers, were among those who took part in the first ever gay pride event in Sydney in 1978 – a predecessor to today’s hugely popular Mardi Gras,” Gay Star News reported.

Sydney Morning Herald editor Darren Goodsir said that the newspaper did so because it was “custom and practice of the day” but apologized nonetheless and promising the newspaper would “never” do that now.

“In 1978, The Sydney Morning Herald reported the names, addresses and professions of people arrested during public protests to advance gay rights. The paper at the time was following the custom and practice of the day.

78ers member Steve Warren accepted the apology, the Herald reported. “We understand it was practice at the time but it caused a lot of hurt,” he is quoted as saying. He added that “Some 78ers lost jobs, lost family contact and, over the years, some even committed suicide.”

Goodsir pointed iMediaEthics to the Herald‘s March 4 editorial about the apology. “We hope that apology, along with the ones delivered by the state’s Parliament and the NSW Police, will help the healing and as such constitute a step forward.”

The New South Wales government apologized last month for its actions responding to the protest.

iMediaEthics has written to the 78ers for further comment.