Tips for 'dealing with grief-stricken families' from Journalism Prof

Tips for ‘dealing with grief-stricken families’ from Journalism Prof 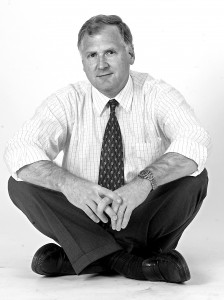 Larry Cornies, a professor of journalism at Conestoga College Institute of Technology and Advanced Learning in Kitchener, Ont, writes about the ethics of reporting on victims. Cornies formerly worked for The London Free Press and The Globe and Mail. (Credit: Larry Cornies's image from his blog, Doon Valley Journal).

How can reporters write about deaths without speaking to the family of the deceased?  Are there ways that reporters can be more sensitive and less intrusive in these post-mortem interviews?

v, a Canadian journalism professor and reporter, wrote on his blog last month offering suggestions for reporters who are faced with this situation.

Cornies wrote that on “one of the most memorable stories” he faced as a supervising editor at the city desk for Canadian daily newspaper The London Free Press.  The story was about Catherine Newton, a 20-year-old hit and killed by a drunk driver in 1997.

Reporter John Herbert went to Newton’s house to talk with her parents Al and Pauline Newton for the newspaper’s story on her death – what Cornies called a “pickup.”

“The ‘pickup’ is nearly a reporter’s worst nightmare. It means intruding on the private grief of an individual or family to get a story and/or a photograph, which will, in turn, have the effect of making their private grief very public,” Cornies wrote.

Cornies, a professor at the University of Western Ontario, wrote that he invited the Newtons to speak at his journalism ethics course this summer.  The Newtons offered about a dozen suggestions for reporters assigned to interviewing victims’ families and writing about the victim.

The Newtons’ suggestions emphasized treating the victim and victim’s family with respect and sympathy, and not approaching the story like a hard news information search.

Journalist Chris Wheal wrote that families of victims should understand that even if they don’t want the story in the newspaper it could end up there because of public information. Wheal referred to Cronies’ “pickup” as “death knocks,” because journalists go knocking on the doors of victims’ families.

Wheal, a journalist, spoke from firsthand experience, as he assumed handling the media’s questions surrounding his nephew’s accidental death in July. He chronicled some of the negatives from the “death knocks” here on his blog.

Young and inexperienced journalists shouldn’t be in charge of the stories, Wheal advised.  “Death knocks call for someone with experience, sympathy and an ability to almost offer a pastoral, caring service.”  Wheal, like Cornies, wrote concerned that “only the most junior hacks have to do the death knock.”

As a result of his experiences with the press, Wheal is taking action with the UK press commission. He’ll be speaking with the UK’s Press Complaints Commission Aug. 16 on the death knock debate and recommends some form of pamphlet be given to families of victims, helping them understand how the press may report on the victim and what to expect.  He noted that there is a discrepancy between the UK’s National Union of Journalists and Press Complaints Commission in advising journalists how to handle grief reporting:

The NUJ advises, “A journalist does nothing to intrude into anybody’s private life, grief or distress unless justified by overriding consideration of the public interest.”  But, the PCC advises, “In cases involving personal grief or shock, enquiries and approaches must be made with sympathy and discretion and publication handled sensitively.”  Wheal advocates for a new system for the media’s handling of “intruding on grief.”

The U.S. Society of Professional Journalists advises that journalists:

Tips for ‘dealing with grief-stricken families’ from Journalism Prof