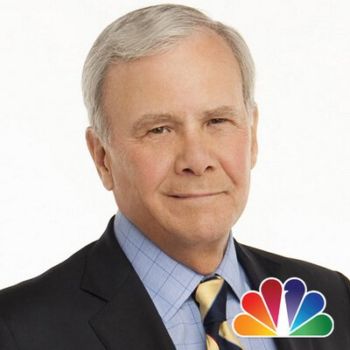 Tom Brokaw said Hispanics should “work harder at assimilation.” His comment was made Jan. 27, during an appearance on NBC News’ Meet the Press.

His comments in full were:

“And a lot of this, we don’t want to talk about. But the fact is, on the Republican side, a lot of people see the rise of an extraordinary, important, new constituent in American politics, Hispanics, who will come here and all be Democrats. Also, I hear, when I push people a little harder, “Well, I don’t know whether I want brown grandbabies.” I mean, that’s also a part of it. It’s the intermarriage that is going on and the cultures that are conflicting with each other.

“I also happen to believe that the Hispanics should work harder at assimilation. That’s one of the things I’ve been saying for a long time. You know, they ought not to be just codified in their communities but make sure that all their kids are learning to speak English, and that they feel comfortable in the communities. And that’s going to take outreach on both sides, frankly.”

Later that day, Brokaw tweeted, “I feel terrible a part of my comments on Hispanics offended some members of that proud culture.” A few hours later, Brokaw tweeted again apologizing several times. “I am sorry, truly sorry, my comments were offensive to many,” he tweeted.

“I never intended to disparage any segment of our rich, diverse society which defines who we are.”

The National Association of Hispanic Journalists slammed the comments and Brokaw’s apology, and praised another contributor on the Meet the Press program, Yamiche Alcindor, for pushing back immediately on Brokaw’s remarks.

Alcindor said, “I would just say that we also need to adjust what we think of as America. You’re talking about assimilation. I grew up in Miami, where people speak Spanish, but their kids speak English. And the idea that we think Americans can only speak English, as if Spanish and other languages wasn’t always part of America, is, in some ways, troubling.”

The NAHJ continued, “Brokaw’s comments also ignore the fact that most U.S. Hispanics are born in the United States; English is their native language. His position bolsters stereotypes that U.S. Hispanics are all foreigners, prejudiced as the ‘others.'”