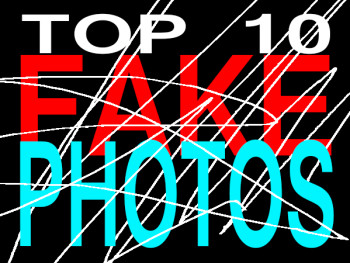 This year, we at iMediaEthics were pleased to see that news outlets didn’t appear to publish nearly as many fake photos as in the previous years that we have been documenting these photographic atrocities.

That said, many wrong and fake photos still managed to make it through to publication.

Below, check out the top 10 fake and wrong photos that duped news outlets.

Back in April, the Daily Star in UK published what it said was a naked sex photo of Harry Styles, a member of the band One Direction.

But, the Star yanked the picture quickly and changed its story to say Styles denied the photo was legitimate.

It took the Star five months to apologize for the photo and false claim. Styles filed a libel notice over the photo.

9. No, FDNY didn’t put the Ghostbusters sign up after Harold Ramis’ death [link]

News outlets, including the Huffington Post, Digital Spy and the Globe and Mail, all ran a photo in February of FDNY Ladder Company 8 with a Ghostbusters sign outside following the death of Ghostbusters‘ writer and actor Harold Ramis.

An FDNY spokesperson told iMediaEthics the photo was not current. “It appears to be a photo from years ago, possibly when the movie was filmed,” he said, adding that only a handful of news outlets contacted the FDNY for confirmation before running stories.

But, the photo was not legit.

In its rush to break news about an April stabbing in Connecticut, the Daily News published a photo of a student who it said was the suspect in the stabbing of Maren Sanchez.

But, the Daily News grabbed a photo of an innocent student. In a correction published atop the article, the Daily News admitted that the person seen in their published photograph, whom they identified as the suspect in the tatal stabbing, was not the suspect “and had nothing to do with any of the matters discussed in the story.”

The photo came from an an e-mail from an MIT graduate to the Russian Union of Engineers. The MIT graduate, George Bilt, denied that he wanted the photo on the news and said instead he was trying to ask the union about the photo. The union’s response: “How could we check it? It came to us from the Internet.”

The BBC and CBC, along with loads of people on social media, published a photo with the hashtag #BringOurGirlsBack purporting to show one of the Nigerian girls kidnapped in April by the terrorist group Boko Haram.

But the photo wasn’t of any of the kidnapped, much less a Nigerian girl. The photo showed a Guinea-Bissau schoolgirl in 2011.

5. No, Syrian boy didn’t sleep between his parents’ graves [link]

The Indian newspaper The Daily Bhaskar and other news outlets published a photo of what it said was a Syrian child sleeping between his parents’ graves.

But, as iMediaEthics reported in January, the photo was part of an art project by a Saudi Arabian photographer. The boy? The photographer’s nephew. And the graves? They were staged, set up by the photographer for his images.

In February, the Associated Press deleted seven photos from its archives after determining the pictures, showing Fidel Castro, had been doctored.

The photos, which were all government handouts, removed a hearing aid from Castro’s ear.

The Daily Mail and Daily Mirror, both in the UK, were busted in April for doctoring a photo of soccer player Emmanuel Adebayor.

2. Up for Criminal Charges? We’ll Photoshop you out of the picture [link]

Back in May, the Scottish Daily Record doctored a photo of a group of men to remove one of the men.

The picture, of a handful of men from the Arbroath Lifeboat Station and two men they rescued, was published in February.  The then-media regulator Press Complaints Commission received a complaint over the doctoring and lack of disclosure.

The Record defended its Photoshop work, saying they took one of the men from the lifeboat station out of the picture because he was facing criminal charges.

The photos were published on a satire page timed to coincide with Pres. Obama’s visit to Belgium. The newspaper apologized for its “bad taste” and argued it wasn’t trying to make fun of Obama but instead Vladimir Putin because the newspaper jokingly attributed the images to Putin.