On Trump Impeachment: The Whole Country is Divided in Three Parts - iMediaEthics

On Trump Impeachment: The Whole Country is Divided in Three Parts 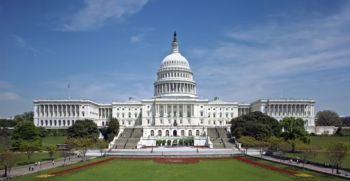 A recently released poll by PRRI announced that the percentage of people who favor Congress impeaching Donald Trump and removing him from office has “increased significantly” over the last six months.

The latest results show 40% who favor Trump impeachment, 53% who are opposed. Last February, the comparable figures from PRRI were 30% in favor to 65% opposed.

There have been at least three other recent polls, all conducted in July, measuring the public’s view about impeachment – a MorningConsult/POLITICO poll, a Monmouth University poll, and a USA Today/iMediaEthics poll, all of which showed about four in ten Americans giving top-of-mind support for impeachment.

Still, it’s likely that a smaller proportion of the public actually cares about the issue one way or the other.

The USA Today/iMediaEthics poll also asked people for how intensely they felt about the issue. There are several ways intensity can be measured, like asking respondents if they feel strongly or not strongly about their opinions, or if they would be “upset” if their own opinion did not prevail.

The latter measure gives a somewhat clearer picture of what people are thinking than asking whether they feel strongly about their response. If respondents say they don’t feel strongly, it’s difficult to interpret what that means. But if respondents say they would not be upset if the opposite happened to the opinion they had just expressed, it’s clear that essentially they don’t care one way or the other.

Giving opinions people don’t really believe in can happen in public opinion surveys, when some respondents feel obligated to come up with an opinion on the spot, regardless of whether they have actually formulated one. It’s important, therefore, for pollsters to measure intensity in order to differentiate between top-of-mind opinions and opinions people really care about.

The rest of the sample either had no opinion, or said they would not be upset either way.

But it’s the latter figures that provide a better insight into what the general public is thinking. And these figures show the country divided into roughly three equal groups: One-third in favor, one-third opposed, and one-third unengaged.

On Trump Impeachment: The Whole Country is Divided in Three Parts