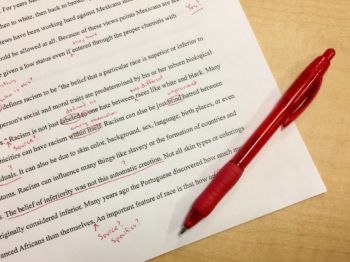 The Times of London corrected a June 5 article that wrongly stated a Villers-Ecalles factory makes 600,000 jars annually when it’s daily. The correction reads:

“The Nutella factory a Villers-Ecalles makes 600,000 jars of Nutella a day, not annually as we stated”

2. Upper East Side or Harlem?

“A picture caption with an article on May 26 about Shakespeare & Company misstated the location of Trevor Day School. It is on the Upper East Side, not in Harlem.”

“A previous version of this story incorrectly said kimchi was a Chinese dish. It is actually Korean.”

“A picture caption with an article on Friday about an Australian doctor who invented an implant to help block opioid effects misidentified the scientific equipment shown in the image. The containers shown in the image are flasks, not test tubes.”