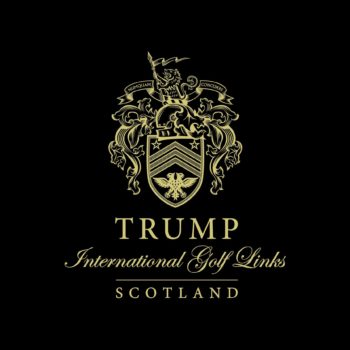 iMediaEthics asked the regulator IPSO about the complaint. IPSO confirmed to iMediaEthics it was the first and only complaint made on behalf of Trump International. The complaint system is open to everyone; the regulator also started an “arbitration pilot” in August that allows people to make legal claims through a conflict management firm, the Centre for Effective Dispute Resolution. While people can make legal claims and file complaints through IPSO, they cannot do both at the same time.

It was a happy result for the Trump property as it doesn’t cost a cent to get the resolution of the Sun unpublishing the story and an online correction.

Trump International Golf Links Scotland complained over an Oct. 26, 2016 online article claiming the golf course cut off a 92-year-old woman’s water to try to get her to move away. Trump’s golf course managers argued the article suggested they poisoned the 92-year-old woman’s water. They admit they did accidentally damage a pipe leading to the woman’s home, but they fixed it, they say.

The Sun‘s article was headlined, “‘You’ve been trumped’: Scots gran, 92, ‘forced to get water with wheelbarrow’ in dispute over Donald Trump golf course.”

The Sun defended its article as “based on a television documentary and an article published by another online publication,” IPSO reported.

The documentarian Anthony Baxter wrote for the Guardian last fall that he had been threatened with legal action over the films. (iMediaEthics has contacted Baxter. A spokesperson for the Guardian told iMediaEthics it has received no complaints over Baxter’s claims about Trump International’s response to his films).

Further, the Sun said the article didn’t suggest Trump’s golf course told its staff to cut her water supply, and said that the woman is collecting water in a wheelbarrow because of the water problems.

Still, the article has been unpublished after the complaint to IPSO and there is no apparent cache available, so iMediaEthics hasn’t viewed the article to see how the Sun sourced its claims.

When contacted by iMediaEthics, the Sun declined to comment on the unpublishing and the complaint.

iMediaEthics contacted Trump International Golf Links, Scotland, which provided us with the following statement about the Sun story and the IPSO resolution:

“On this occasion the newspaper printed a grossly misleading, false and highly defamatory story and did not afford us the right to reply.   We work with the national and international press and media on a daily basis and will challenge this sort of biased, unfair reporting, when necessary.”

Further, in a statement, the course’s representatives said they were “grateful” IPSO helped with its complaint and claimed the Sun article was “merely regurgitated, unsubstantiated propaganda.”

The statement said that IPSO “has been very responsive, fair and supportive on the few  occasions we have reported UK newspapers for writing false material without giving us a right of reply or failing to treat us fairly in line with the Journalism Code of Conduct.” iMediaEthics notes that there are no other complaints concerning Trump International properties on the IPSO website and IPSO itself confirmed this was the first Trump-related complaint. We have asked the golf course reps what other complaints it is referring to.

Because the Sun said it would take the story down and run a correction, Trump International Golf Links Scotland agreed to settle the complaint. That means that IPSO didn’t rule on whether the story was accurate or not.

“We published an article “You’ve Been Trumped: Scots Gran, 92, ‘forced to get water with a wheelbarrow’ in dispute over Donald Trump’s golf course” on 26th October 2016 which followed a report online elsewhere.

“While the supply of water to neighbouring properties is not the responsibility of Trump International, it offered in November 2015 to connect the relevant properties to its mains network and this offer has never been taken up by the Forbes family. We are happy to make this clear.”