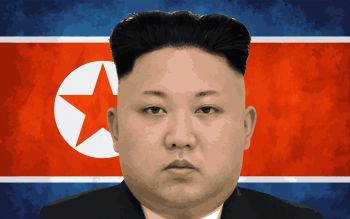 The Times‘ Sept. 2017 commentary article, “A self-serving tinpot regime is running rings round the stewards of our savings,” criticized Ashley, the founder of Sports Direct and said “apart from that, and a common rotundity, there is no similarity between [the complainant] and Kim Jong-un.” The article also claimed that Sports Direct’s warehouse in Shirebrook was similar to a “gulag.”

According to IPSO, Sports Direct filed a “legal complaint” arguing the article was defamatory and called for unpublishing and a correction and apology. The Times did say it would publish a footnote to respond to Ashley’s complaints, but Ashley rejected it.

iMediaEthics has written to Sports Direct and the Times for a response to the ruling.

IPSO found that the Times erred in comparing the warehouse to a gulag because while the comments were made in evidence to a government committee, it wasn’t “established fact.”

“It was a significant inaccuracy to attribute the highly critical claims to Parliament, in the context where it was used to support the article’s criticisms of the complainant,” IPSO ruled. “The mis-attribution of the claim represented a failure to take care not to publish inaccurate information.” That said, publishing a footnote to clarify this was an acceptable way to resolve the issue, IPSO said.

However it was acceptable to compare Ashley to Kim Jong-un, IPSO said.

“The article did not suggest that the complainant and Kim Jong-un were directly equivalent, deserving of similar moral condemnation,” IPSO said. “Rather, the column advanced what was clearly a polemical comparison, in relation to a number of clearly identified features of their relationships to Sports Direct, and North Korea, respectively.  The Committee recognised that the complainant strongly disagreed with this comparison, but considered that it was a matter of comment and interpretation. The newspaper was able to show that the comment had been based on an adequate factual basis, and there was no failure to take care not to publish inaccurate or misleading information.”