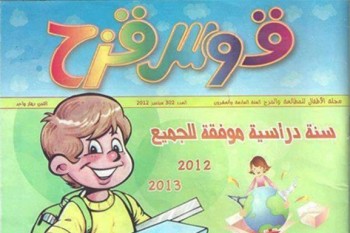 The Tunisian government may be charging “children’s magazine” Qaws Quzah (Rainbow) over a recent article that detailed the “history of petrol bombs, including instructions and a diagram” that shows how to build them, the Guardian reported.

According to the Guardian, Tunisia’s “ministry for women and family affairs” claimed Qaws Quzah “encourages violent and terrorist thought” and “the use of molotov cocktails in acts of vandalism or terrorism.”

The BBC reported that “The ministry said it would ask an investigating magistrate to open a case against the publishers and all those involved.”