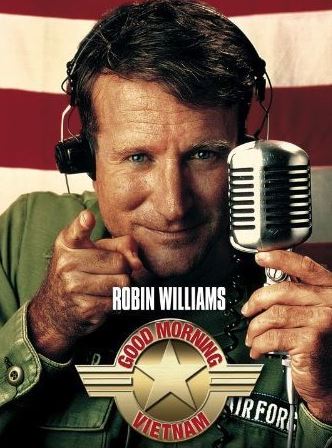 And yet another news outlet is apologizing for its coverage of Robin Williams’ death.

In an on-air report tonight on Williams’ death, UK’s Channel 4 News showed a clip of Williams acting in the 1987 movie Good Morning Vietnam, The Guardian reported.

In poor taste, the clip selected for the report showed Williams saying the quote from the movie “Why don’t they get a rope and hang me?”

Williams was found dead yesterday from an apparent suicide.

Channel 4 has edited the clip out of repeat broadcasts, according to The Guardian.

It also issued an apology via Twitter that reads:

We’d like to apologise for including what was an inappropriate line from Good Morning Vietnam in our play-out from tonight’s programme.1/2

There was no offence intended in what was meant to be a heartfelt tribute to Robin Williams. 2/2

iMediaEthics has written to Channel 4 for comment and more information.

See tweets below about the Channel 4 error and the network’s apology.

Tweets about “channel 4 hang me”

Earlier today, ABC News apologized for airing a live aerial video feed outside Williams’ house after the news of his death broke.

Fox News’ Shepard Smith apologized to Williams’ family today after suggesting in an on-air report last night that Williams was a “coward.”

And radio host Alan Brazil commented on British broadcaster TalkSPORT that he didn’t “have a lot of sympathy” for Williams. While Brazil has stood by his comments, TalkSPORT apologized for the comments.

UPDATE: 8/13/2014 10:56 AM EST A spokesperson for Channel 4 told iMediaEthics it has no further comment beyond last night’s apology statement posted on Twitter.

See all of iMediaEthics’ stories on media coverage of Robin Williams’ death.