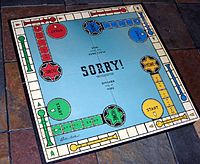 Oops? The Daily Mirror ran an article in 2013 that said a British politician was a racist and used the Nazi salute…but neither turned out to be true.

In an apology this month, the Mirror said it was wrong to say there was a photo of Alex Wood making the Nazi salute and that he wrote racist comments on Facebook. At the time, Wood was running for a county council position.

“The apology was part of an out-of-court settlement,” a Mirror spokesperson told iMediaEthics.

The photo that the Mirror saw and thought showed Wood making the Nazi salute actually was “out of context” and was a picture of him trying to keep someone from taking a photograph. And the alleged Facebook comments “were not made by him,” the Mirror fessed up.

The Facebook comments falsely attributed to Wood said he wrote that Africans “lived in mud huts” and “kill each other.”

The Mirror‘s original report led to Wood, 22 at the time, being suspended from his party, UKIP. UKIP said Wood “was suspended pending the police investigation,” the Daily Mail reported.

“Claims that I am a racist are categorically untrue and all comments of a racist nature on Facebook were not posted by me,” Wood said at the time, according to the Mail.

Wood contacted police over the comments. The police investigated and found out he didn’t make the comments, the BBC reported in June 2013. The Avon and Somerset Police’s Andrew Bishop told the BBC that Wood’s Facebook account was not hacked but that “the comments did not appear on the account.” The Aug. 7 apology from the Mirror states:

“In print and online articles in April and May 2013 we said that Alex Wood, who was standing for UKIP in the May 2013 local elections in Somerset, had been photographed making a ‘Nazi salute’. We also said that he had made racist comments on Facebook.

“We now accept that these allegations were wrong and there is no reason to believe that Mr Wood is a racist or a Nazi. The photograph, one of a series of photographs appearing on his Facebook page, was taken out of context. Mr Wood was reaching out to stop a friend taking a photo on a mobile phone. The comments on Facebook purportedly made by Mr Wood were not made by him and the police have confirmed that they were not made by Mr Wood.

“We apologise to Mr Wood for the allegations made and any hurt and distress caused as a result. We hope this apology will go some way to repairing Mr Wood’s reputation.”