Abortion Polls: What They Do and Don’t Tell Us - iMediaEthics 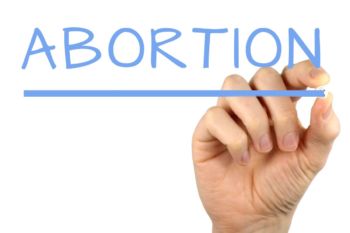 The Supreme Court’s rejection of a Louisiana law that restricts access to abortion may have lobbed that issue into the middle of the 2020 election campaign. While Justice Brett Kavanaugh promised during his confirmation that he would respect Supreme Court precedents, many people believe his dissent in the Louisiana case undermines that promise. This development is seen as potentially dangerous for several GOP senators who voted to confirm Kavanaugh and are currently running for re-election, especially so for Susan Collins of Maine.

Recent polls by CBS News and Gallup, and an earlier one by Marist for the Catholic organization, Knights of Columbus, provide fodder for the ongoing abortion debate.

Despite the new polling numbers, public opinion on abortion has remained fairly constant for several decades. Here’s what the polls tell us:

One clear finding from virtually all the polls on abortion is that a clear majority of Americans support the Supreme Court decision in Roe v. Wade, which made abortion legal.

Gallup polls over the past 30+ years confirm that conclusion.

Given the Gallup question, which – since 2005 – does not explain to respondents the significance of Roe v. Wade, one could argue that not all respondents really understand that the Supreme Court decision made abortion legal.

In 2013, for example, the NBC/Wall Street Journal poll asked half the sample of respondents if they approved or disapproved of the Supreme Court decision in Roe v. Wade – but added: “If you don’t know enough about this to have an opinion, please just say so.” The result: 39% approved, 18% disapproved, and 43% gave no answer.

The other half of the sample was told that Roe v. Wade “established a woman’s right to an abortion, at least in the first three months of pregnancy.” Then respondents were asked if they wanted the Supreme Court to “completely overturn” the decision, or not. The result: 70% opposed overturning the decision, 24% supported it. Just 6% had no opinion.

While there is a significant percentage of the public that is unaware of Roe v. Wade, when people are informed that the Supreme Court decision establishes a woman’s right to an abortion, most support the decision.

Since 2005, for example, Quinnipiac has been asking this question: “In general, do you agree or disagree with the 1973 Roe v. Wade Supreme Court decision that established a woman’s right to an abortion?”

Similarly, the recent CBS News poll asked: “What should the U.S. Supreme Court do about Roe vs. Wade, the 1973 decision that made abortion legal: keep it as is, or overturn it?”

The result is very similar to Gallup’s last poll in 2018 and to Quinnipiac’s poll in 2019.

The CBS poll also shows that Republicans give plurality support for Roe v. Wade, while clear majorities of independents and Democrats support the decision.

Any Evidence that a Majority of the Public Opposes Roe v. Wade? Not Really…

Only one poll report, as far as I’ve seen, has ever claimed to show majority public opposition to Roe v. Wade, when people know what the decision was about. That report was based on a January 2020, Marist poll, sponsored by the Knights of Columbus, a Catholic organization. The report cherry-picked the results and used confused wording to make that claim.

And most Americans still reject the Supreme Court’s reasoning in the 1973 case. “Most Americans want the court to reinterpret Roe either by stopping legalized abortion or by returning the issue to the states,” said Supreme Knight Carl Anderson.

This conclusion is simply not consistent with the poll results. This was the question:

“Which comes closest to your view of what the Supreme Court should do when it reconsiders Roe v. Wade, the 1973 ruling making abortion legal in the United States:

Note that twice as many respondents in this survey supported unqualified access to abortions (33%) as those who wanted to make abortion illegal (16%).

There is nothing in that middle option to support the Knights of Columbus conclusion that “most Americans” reject the Supreme Court’s “reasoning” in the case, nor that they want the Supreme Court to “reinterpret Roe.” Agreeing with that option is merely agreeing to the status quo.

Support for Abortion, but with Restrictions

Despite support for Roe v. Wade, most Americans want some restrictions on abortion. Numerous polls over the years have tested the limits of public opinion. All indicate that a small minority of Americans favors making abortion “illegal in all circumstances,” while a generally somewhat larger minority favors making abortion “legal under any circumstances.” But most favor limited legality for abortion.

Again, Gallup polls go back further than any others.

Since the 1980s, unqualified support for abortion has mostly tended to be greater than unqualified opposition. The other clear trend is that, typically, a majority of people each year support abortion but “only under certain circumstances.”

The Quinnipiac polls asked the question about legality a bit differently from Gallup, but the pattern of results is similar:

Polls have a more difficult time in specifying the public’s view on how restricted abortion should be. That’s no doubt because most people don’t have specific markers themselves, and thus give different answers depending on how questions are worded.

Gallup, for example, asked the abortion question in two parts:

2.  (Asked of those who said “legal under only certain circumstances”): Do you think abortion should be legal in most circumstances or only in a few circumstances?

CNN also used that format because CNN and Gallup used to be polling partners. But Quinnipiac and ABC/WP polls, among other polling organizations, adopted a different approach, using only one question:

A comparison of the Gallup format (used by CNN), and the Quinnipiac and ABC/WP format, shows quite different results. The CNN and ABC/WP polls were both conducted in the summer of 2019. (The CNN results in 2019 are very close to the Gallup results in 2020, but I’ve used the CNN poll because it was conducted in the same time frame as the ABC/WP poll.)

Both polls show the extremes (abortion in all circumstances vs. no abortion allowed at all) to be similar in number – 31% (CNN) and 27% (ABC/WP) in favor of all abortions, 18% and 14%, respectively, opposed to any abortions. In both polls, the percentage in favor is greater than the percentage opposed by 13 points each.

However, in the middle category, the percentages are quite different. According to CNN, more people prefer “abortion in only a few circumstances” (34%) than in “most circumstances” (12%). But the ABC/WP poll finds more people who prefer making abortion “legal in most cases” (33%) than people who prefer making abortion “illegal in most cases” (22%).

Here the question wording appears to be the reason for the differences. People tend to shy away from negative sanctions (see below for another example), so “illegal in most cases” seems more negative than “legal in only some circumstances.”

And, in fact, the CNN poll shows the restrictive approach winning by 52% to 43%.

The restrictive figures include 34% who prefer abortions in only a few circumstances, and 18% in no circumstances.

The less restrictive figures include 31% who support abortion in all circumstances and another 12% in most circumstances.

By contrast, the ABC/WP poll suggests a substantial majority of Americans prefer the less restrictive position, by a margin of 60% to 36%.

The less restrictive position includes 27% who support abortion in all cases, added to the 33% who say “most cases.”

The more restrictive numbers include 22% who say abortion should be illegal in most cases, and 14% say illegal in all cases.

There’s little point in debating which set of findings is more reflective of public opinion. The questions are at best ambiguous, because it’s not at all clear what circumstances or cases people have in mind when they give their responses. Still, the different results provide the basis for different views of how positive or negative the public is about abortion.

Another way to approach the issue is to ask whether people want more or fewer restrictions on abortion. Again, different questions produce different results.

In the recent CBS News poll, for example, interviewers were asked:

Note that the question asked whether abortion should be available under stricter limits, but it did not also ask if the limits should be less strict. The results showed 31% of respondents choosing the stricter limit option. Added to the 24% who wanted to ban abortions altogether, that gave a majority (55%) in favor of stricter limits, a conclusion picked up by some conservative media.

However, an ABC News/Washington Post poll, conducted at the end of June 2019, was more balanced. It asked respondents if they wanted more or fewer restrictions on abortion, and the results were quite different from the CBS findings.

Even more lopsided results were achieved with an NPR/PBS NewsHour/Marist poll at the beginning of June 2019, when it asked respondents their view about criminalizing abortion.

This poll did not mention who would be criminalized – the doctors performing the procedure, or the women themselves, or both. But the concept of criminalizing abortion apparently does not sit well with a majority of Americans.

Other Examples of Question Wording Effect

As a testament to the importance of question wording in trying to pinpoint specific restrictions, the Knights of Columbus poll provides some insightful findings.

Early in the interview, respondents are asked whether abortion should be “allowed” in the following circumstances:

Later in the interview, respondents are asked the question about Roe v. Wade – whether the Supreme Court should:

Such discrepancies are to be expected when the question wording is varied. The more options available, the more dispersed will be the responses.

Note that the poll shows 54% of Americans who say abortion should be allowed at least in the first trimester (21% always, 9% first six months and 24% first three months).

Gallup has asked about trimester limits several times since 1996, showing clear majorities who say “abortion should generally be legal” in the first trimester, but not later.

It’s important to note that the statement says “abortion should generally be legal or generally illegal.” Gallup went on to explore some specific circumstances, as they applied to the first and third semesters of pregnancy.

Even in the third trimester, which “generally” finds very little support for abortion, a majority of respondents supported abortion in case where a mother’s life is in danger (75%), and when the pregnancy was caused by rape or incest (52%). Also in the third trimester, respondents were evenly divided about abortion in a case where the child would be born with a life-threatening disease (48%).

While the Supreme Court decision gives women an unrestricted right to an abortion in the first three months, the public – despite widespread support for Roe v. Wade (as previously shown) – is torn when the reason for the abortion, even in the first trimester, is that the child would be born with Down syndrome (49% support), or that the woman “does not want the child for any reason” (45% support).

These qualified answers suggest how complex opinions are about abortion, and that any single poll question will inevitably conceal as much as it reveals.

What the polls do reveal is that, in general, the public supports a woman’s choice to have an abortion in the first trimester, is opposed to abortion without any restrictions, is averse to criminalizing abortion, is divided about whether to increase or decrease restrictions, and is conflicted about many other specific restrictions – with responses often influenced by how the way a question is worded.

Polls can’t provide clarity on all abortion issues, because people aren’t completely sure themselves.