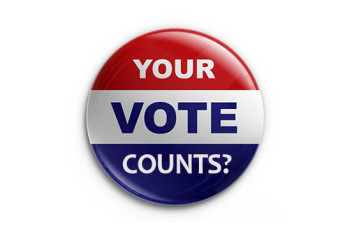 The UK Daily Express reported the UK Independence Party (UKIP) political party was more popular than the Labour Party according to a Nov. 2014 poll.

However, the new UK press regulator, the Independent Press Standards Organisation, begs to differ because the Express only reported on part of the poll’s findings.

It claimed UK polling company YouGov’s poll said “38 per cent ‘of those surveyed’ intended to vote Conservative, 28 per cent UKIP and 25 per cent Labour.”

But, those numbers only represent a portion of respondents — those who read the Sunday tabloids.

The poll actually found that, according to all respondents, Labour, at 34%, was more popular than UKIP, at 15%.  The Express failed to tell online readers about its decision to only show a portion of the results.

IPSO wrote. “The findings of the poll had been perfectly clear, and the newspaper did not provide a satisfactory explanation for the approach it had taken.”

iMediaEthics’ polling director reviewed the poll and found it to be sound.

The Express defended the report as fair but posted a footnote after complaints, reading: “We would like to clarify that the poll referred to in this article, that puts UKIP ahead of Labour, is a poll of Sun readers carried out by YouGov.”

YouGov’s president Peter Kellner said in a statement sent to iMediaEthics by YouGov, “As the election approaches, it’s more important than ever to have opinion polls that are carefully conducted and properly reported. The IPSO ruling speaks for itself.”

That footnote wasn’t enough, though. IPSO said the newspaper needed to do more to correct the accuracy lapse, so the Express published IPSO’s ruling on its website.

The newspaper also updated its article and posted a clarification at the bottom of its website, which read, “We would like to clarify that the poll referred to in this article, that puts Ukip ahead of Labour, is a poll of Sun readers carried out by YouGov.”

iMediaEthics has written to the Express and the Labour Party for comment.