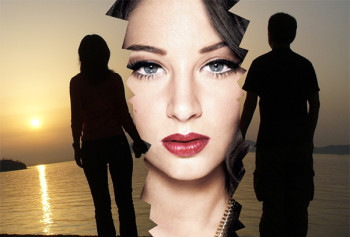 The UK Sun is being sued for libel by the UK pop singer for saying she “destroyed” a family.

According to the Press Gazette, football player Danny Simpson, her ex-boyfriend, is also suing the newspaper.

Contostavlos is a pop singer and a former host of the music competition TV program the X Factor.  Simpson played for Newcastle United at the time of the story and now plays for Queens ParkRangers. The pair dated from November 2012 to mid-2013, according to the Huffington Post UK.

The Nov. 16, 2012 article in question was headlined “Tulisa’s stolen my bloke … and I’m 3 months pregnant.” It reported on an interview with Stephanie Ward, Simpson’s ex-girlfriend.

Ward said in the interview that Simpson cheated on her with Contostavlos and that she was pregnant with his second child.  She said that she and he were “off-and-on for the last seven years — but absolutely solid for the last two.”

A copy of the article was re-published by a forum on the news site Digital Spy.

Ward also called Contostavlos a “home-wrecker” who “has destroyed my family.”

In statements in response to the article, both Simpson and Contostavlos denied the claims. Simpson’s spokesperson said to the Mail, “It is not true that Danny was still sleeping with Stephanie when he was ‘pursuing’ Tulisa. Danny only met Tulisa last week.”  Likewise, Contostavlos’ lawyers said that “any type of romantic liaison between Mr Simpson and Ms Ward was long over” when they met.

Interestingly, both Contostavlos and Simpson complained to to UK Press Complaints Commission about the article. The PCC’s ruling for Simpson stated, “The complainant initially complained against The Sun through different representatives. He then joined a complaint made by Ms Contostavlos on this matter. They provided joint submissions throughout the subsequent PCC investigation, but requested separate rulings.”

Simpson complained to the UK Press Complaints Commission over the article. The PCC report said the Sun “failed to take care not to publish inaccurate or misleading information” but that the complaint was resolved because the Sun “offered sufficient action to remedy the initial breach.”

According to the PCC ruling, Simpson “provided evidence” to prove he had broken up with Ward and that Ward’s claims they were “solid” were inaccurate. Simpson also complained that the Sun didn’t contact him for comment before publication. The Sun defended the article as Ward’s opinion and claimed that it had “corroborating evidence” in the form of “witness statements from Ms Ward and her mother and copies of text messages.”

The complaint goes into the various ins-and-outs of the details of Ward’s and Simpson’s relationship but, ultimately, the PCC “concluded that overall, the coverage was potentially misleading.”   The Sun‘s report “implied that a family unit existed that was acknowledged by all three parties at the time the new relationship began, when in fact this was disputed by the complainant and Ms Contostavlos,” the PCC wrote.

Because the Sun didn’t contact Simpson for comment beforehand, the PCC decided the article broke the PCC’s accuracy codes.

Contostavlos’s complaint to the PCC took issue with the description she was a “home-wrecker” and the claim that she knew about Ward being pregnant.  She also complained that she wasn’t contacted for comment beforehand.

Both Contostavlos and Simpson claimed that a text message from Simpson to Ward that the Sun said it saw as evidence was faked.

The PCC ruled similarly in Contostavlos’s case, ruling that the Sun gave “sufficient remedial action” but that the Sun report “was potentially misleading.”

In court this month, the Sun‘s lawyer Gavin Millar repeated the same defense given to the PCC by arguing that the article wasn’t defamatory but rather reporting on what Ward thought, according to the Press Gazette.

On the other hand, Contostavlos’ lawyer Manuel Barker said that the Sun‘s report was “nudging and winking and inviting inference,” the Press Gazette reported. Furter, he argued that the Sun was trying to make Contostavlos out as the “bad guy.”

iMediaEthics has written to the Sun‘s lawyer for comment on the case. We have also reached out to Simpson via his football club and lawyers listed for Contostavlos for comment and also to ask why they filed a lawsuit as well as a PCC complaint. We’ll update with any additional information.