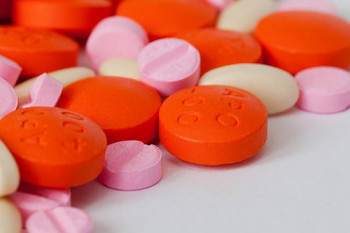 A doctor and a pharmacist were accused of illegally selling abortion pills. (Credit:Image of pills by Global Panorama via Flickr)

Mazher Mahmood, the controversial undercover journalist for News Corp’s UK titles, has been held responsible for another criminal case being canned.

The UK Crown Prosecution Service decided against prosecuting a case for the second time since July because Mahmood, who is known as “The Fake Sheikh,” had his credibility called into question.

The case that was dropped in early September accused a doctor and pharmacist of “illegally supplying an abortion drug,” the BBC reported.

Mahmood was suspended from the Sun this summer after a UK judge, Alistair McCreath, accused him of lying to authorities and “mainpulating the evidence” for his report claiming UK singer Tulisa Contostavlos arranged a drug deal. Contostavlos was prosecuted following the report, but McCreath dismissed the jury and ended the case after discovering Mahmood spoke with another witness before he changed his testimony. Contostavlos said she may sue over the report.

Mahmood has worked as an undercover reporter for more than 20 years for the News of the World, Sunday Times and Sun. He reported the accusations against the doctor and pharmacist after going undercover for the Sunday Times.

The Crown Prosecution Service said “there is no longer a realistic prospect of conviction,” according to the BBC.
Hat Tip: Guardian