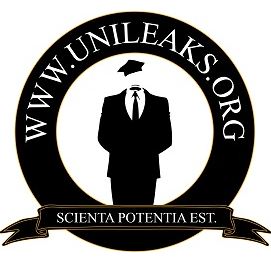 There’s yet another site for leakers out there — this time in the form of university leaks.  The site — UniLeaks — labels itself a “forum” for leaked information about higher education, StateNews.com reported.

The site launched in February and  “is meant to provide transparency in higher education.”  Members of the public can provide “private documents and information about universities and colleges” for the site to post.

Whereas there has been some debate over whether WikiLeaks is a news site or a news source, UniLeaks seems to avoid that question by calling itself a news organization from the start.  UniLeaks also states “it’s not news if it has been publicly available elsewhere first” so it’s only interested in unreported information.

According to its website, UniLeaks “will accept restricted or censored material of political, ethical, diplomatic or historical significance which is in some way connected to higher education, an agency or government body working in partnership with an institution, e.g., a University” but won’t take ” rumor, opinion, other kinds of first-hand accounts or material that is publicly available elsewhere.”

On its website, www.unileaks.org, its tagline is “keeping education honest.”  The New York Times reported in late February that “one of the site’s organizers, who is based in Australia, promised in an interview last week that restricted – and potentially controversial – documents would soon be posted.”

In that interview, the organizer, who is unnamed, indicated that the site will verify any submissions as WikiLeaks reports to do.  The organizer is quoted as saying:

“There’s a vigorous process to vetting the information.  Authenticating material does take time.”

The “topic” is titled “(un)Substainable Excellence Plan – Confidential Extracts” and has 1693 views.  In the topic page are  “some confidential extracts from the University of Birmingham’s Sustaining Excellence document” and the school and college’s Nov. 2009 newsletter.

In a note to readers, a UniLeaks administrator commented that the source of the documents isn’t directly tied to University of Birmingham.

Information can be submitted to UniLeaks  via an “anonymous electronic drop box,” e-mail, snail mail, or TOR (“a secure anonymous distributed network that provides maximum security”).  The site has an Australia post office and accepts PayPal donations.

UniLeaks’ Twitter account has 465 followers as of March 6.  On March 3, it stated it  will be “updating our university list in the next few days. Canada, Northern Europe, Africa – coming soon!”

iMediaEthics is writing to UniLeaks for more information and will update with any response.