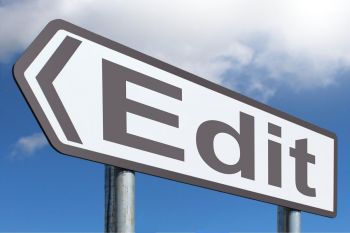 Lanny Davis, the attorney for Pres. Donald Trump’s former “fixer” Michael Cohen, told BuzzFeed he was an anonymous source for CNN’s July 26 report. In the report, Davis claimed Cohen said Trump knew about a June 2016 meeting about Russians and the election.

CNN’s story reported Cohen “claims that then-candidate Trump knew in advance about the June 3, 2016 meeting in Trump Tower in which Russians were expected to offer his campaign dirt on Hillary Clinton, sources with knowledge tell CNN.” The report said Cohen would tell this to special counsel Robert Mueller as well. Davis admitted being a source for the story, and the story said Davis “declined to comment.”

In a follow-up story, CNN quoted its spokesperson standing by its story and saying it “had more than one source.” Further, the CNN article noted:

“The CNN story noted, based on sources, that Cohen did not have corroborating evidence to back up his claim. CNN did not report whether Trump knew about the meeting before it happened — only that Cohen was making that claim while hoping for a deal from prosecutors.”

Davis said he “unintentionally misspoke” and “made a mistake,”because he wasn’t sure, BuzzFeed reported.

“Editor’s Note: The source for the central claim in this story, published on July 26, 2018, was Lanny Davis, an attorney for Michael Cohen. Davis told CBS News on Tuesday that he could not confirm what he initially told CBS News was accurate. CBS News can no longer report that Cohen was willing to tell special counsel Robert Mueller that the president knew in advance of the June 2016 Trump Tower meeting. ‘I should have been more clear and this was my mistake that I couldn’t confirm I had full confidence in about what I thought I knew about details,’ Davis said.”

“Editor’s note (Aug. 28, 2018, 5:10 p.m.): This article was based on a confirmation from Lanny Davis, Michael Cohen’s lawyer. Davis now says he was incorrect when he confirmed this report to NBC News, and has apologized for the error. A corrected version of this article can be found here.”

A CBS spokesperson pointed iMediaEthics to its Aug. 28 story about Davis’s “backtracks” on his story.

The Washington Post added an editor’s note to its Aug. 26 story explaining:

Editor’s Note: For this story, Lanny Davis, an attorney for Michael Cohen, provided information as an unnamed source, saying Cohen told associates he had witnessed a 2016 exchange in which Donald Trump Jr. informed his father that he expected to receive damaging information about Hillary Clinton. On Aug. 26, Davis agreed to reveal his identity as the source of that information and said he is no longer confident that it is true.

The Post pointed iMediaEthics to its story about Davis’s shift in story, which noted:

“Lanny Davis, a spokesman and attorney for Cohen, said in an interview this weekend that he is no longer certain about claims he made to reporters on background and on the record in recent weeks about what Cohen knows about Trump’s awareness of the Russian efforts.”

“The following day, The Post reported that Cohen had told associates that he witnessed an exchange in which Trump Jr. told his father about an upcoming gathering in which he expected to get information about Clinton. The Post did not report that Trump Jr. told his father that the information was coming from Russians. The information in the Post story, which was attributed to one person familiar with discussions among Cohen’s friends, came from Davis, who is now acknowledging his role on the record. Davis said he should not have expressed such confidence in his information.”