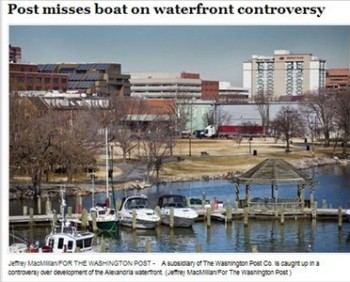 Pexton noted that the Post has disclosed its owning the warehouses, but that the depth of the Post’s relationship and involvement with the warehouses isn’t explained to readers.  For example, the Washington Post Co. “still could sue” Alexandria related to a redevelopment plan, “but you wouldn’t know that by reading the newspaper.”

Ultimately, Pexton didn’t blame a particular staff member, but called the insufficient disclosure “a failure of mission” for not reporting deeply on the Post’s involvement.