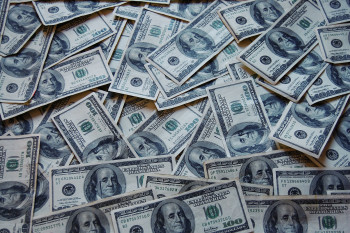 “In a previous version of this podcast, we incorrectly referred to melanin as melatonin.”

An April 3 correction from the New York Times:

“An article on Friday about President Trump’s support for a possible oil deal between Saudi Arabia and Russia misstated the amount of the recent stimulus package. It was $2.2 trillion, not $2.2 billion.”

“In a discussion about Labour’s tax plans we said the wealthiest 1% in the UK ‘carry about 27% of the tax base.’ We should have made it clear this was a reference to the proportion of income tax paid by this group, not the total proportion of taxes the top 1% pay overall.”

4. My Joy Online, a Ghana news site, used the wrong photo with a story about a man being charged for arranging bribes. The apology and correction reads:

“On Tuesday, April 14, 2020, we carried a story about US prosecutors charging the Managing Director of the Tema Oil Refinery for arranging bribes for Ghanaian public officials and legislators. Inadvertently, we used a wrong image to accompany the story.

The wrong image we initially used was that of the former acting MD of TOR, Herbert Ato Morrison. Upon realising our error, we immediately replaced the wrong image with the correct one. We deeply regret the inconvenience the use of the wrong picture may have caused. We, therefore, wish to unreservedly apologise to Mr Ato Morrison for the use of his image on a story that has absolutely nothing to do with him.”