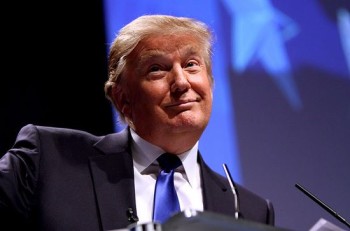 Trump announced he plans to run for president in the 2016 election this week. Read his announcement speech here.

“As a pundit, Trump appears every Monday morning on Fox & Friends,” Mediaite explained.

“Trump is not officially an employee of Fox News, but the move frees the network from conflict-of-interest accusations given the billionaire’s long-standing relationship with the network,” Mediaite added.

iMediaEthics asked Fox News if Trump is considered a contributor and what his relationship with the network is. Fox News said Trump was only a guest, not a contributor, and pointed us to Mediaite’s report.

According to the Washington Examiner, “Since 2011, Trump has been a guest on Fox’s morning show on Mondays for segments that last roughly 10 minutes. Usually appearing by phone, Trump offers his opinion on the day’s news headlines.”

Fox News ended its contract with Dr. Ben Carson last year because he indicated he would be running for president, as iMediaEthics reported at the time.

NBC, which airs Trump’s reality TV show Celebrity Apprentice, said his candidacy may affect his show. In a news story on its website,  “We will re-evaluate Trump’s role as host of ‘Celebrity Apprentice’ should it become necessary, as we are committed to this franchise.”

Trump “considered” running for president in 2012 but didn’t, the Hollywood Reporter noted.